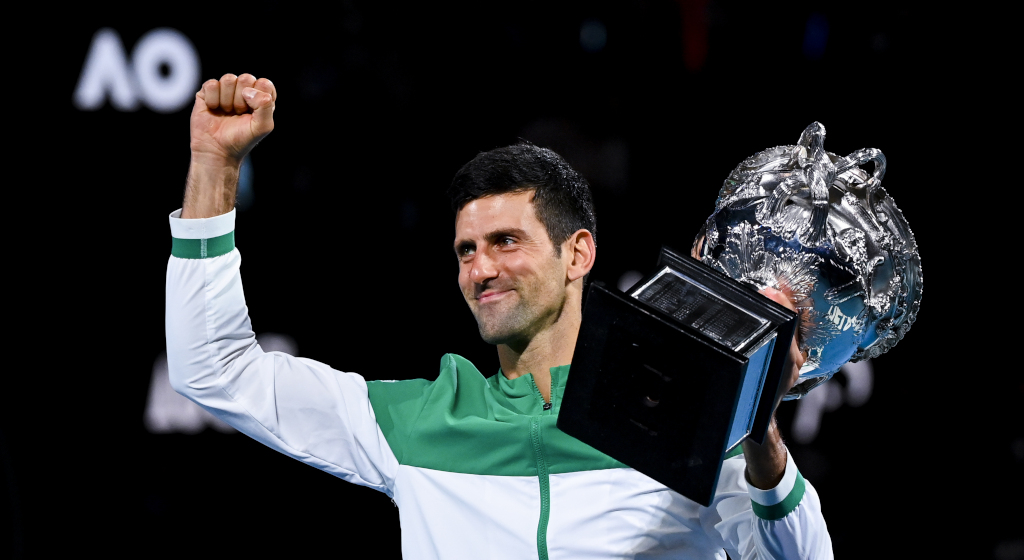 Novak Djokovic’s father, Srdjan, has sung his son’s praises as he insists the world No 1 is “already the best of all time” while also declaring that the 18-time Grand Slam winner never gets outplayed as he only loses “because he allowed his opponent to beat him”.

The 33-year-old Djokovic along with Roger Federer and Rafael Nadal are considered the greatest tennis players of their generation and pundits, current players, former players and fans often struggle to separate the trio when it comes to the greatest overall player.

Djokovic leads the way in terms of number of weeks spent at the top of the ATP Rankings as he currently in his 313th week at the top while he is only two Grand Slams behind Federer and Nadal’s record of 20 majors.

A message from Novak to the fans 😎@DjokerNole | #Novak311 | 🐊 #Lacoste pic.twitter.com/5KvzZcDxpz

In an interview with Croatia’s Sportske Novosti, Srdjan has no doubt about his son’s greatness as he predicted Novak will win gold at the Tokyo Olympics and draw level with Federer and Nadal on 20 Grand Slams.

When asked if Djokovic can become the greatest tennis player in history, he replied: “I think you have the wrong question, he has no tendency, he is already the best of all time.

“He is the best and everything in the world of tennis depends on him. He can lose, but not because his opponent outplayed him, but because he allowed his opponent to beat him.”

Srdjan also stated that since his son is already the best in tennis, he should now be considered in the same league as golf great Tiger Woods and basketball legend Michael Jordan.

“He is still the best tennis player in the world and one of the best athletes of all time,” he said.

“Well, an English journalist said last week, even though they are his fierce opponents, that his rivals are no longer Federer and Nadal, but compare him instead to Tiger Woods and Michael Jordan. He’s that category.”