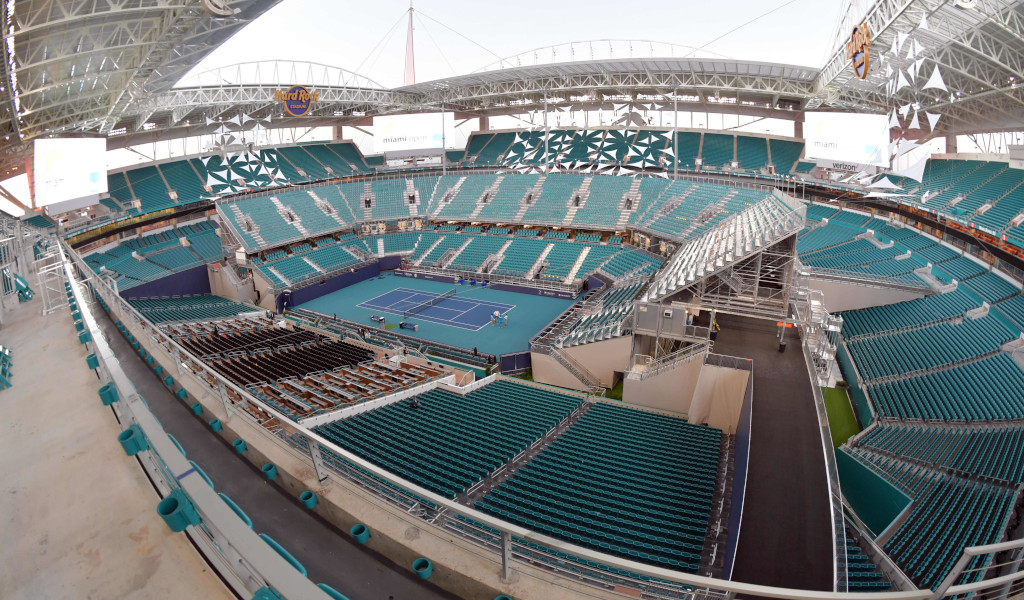 The Miami Open has officially been cancelled after the Miami-Dade County banned all mass gathering due to the coronavirus outbreak.

The joint ATP and WTA event becomes the third big tennis tournament to be axed due to COVID-19 as the Indian Wells Masters as well as the Fed Cup Finals and play-offs were called off earlier this week.

COVID19: All England Club braced to cancel Wimbledon as they are reluctant to play behind closed doors

The Miami Open was due to start on March 23, but Miami-Dade County Mayor Carlos A. Gimenez confirmed that the area was “under a state of emergency”.

The statement read: “Although we do not have community spread at this time, we want to take the preemptive steps to keep it that way. Therefore, I have decided to suspend the operation of the Miami-Dade County Youth Fair, the Miami Open tennis tournament, the MIA 5K run, and all major events at the American Airlines Arena. The March 22 NASCAR race at the Homestead Miami Speedway is postponed at this time. NASCAR officials will decide whether or not to hold the race without fans.

“As we move forward together during this time, we will continue to monitor what the World Health Organization has determined is a global pandemic. We will constantly evaluate planned mass gatherings as the situation evolves.

“I will be making future policy decisions regarding indoor events planned for more than 250 people based on federal and state health officials’ guidance.

“In addition, I am recommending that smaller gatherings, if they’re not essential, also be reconsidered.”

The ATP and WTA Tours are yet to make a decision about the rest of the Tours schedule, but reports on Thursday suggested that all tennis will be suspended for a period of six weeks.