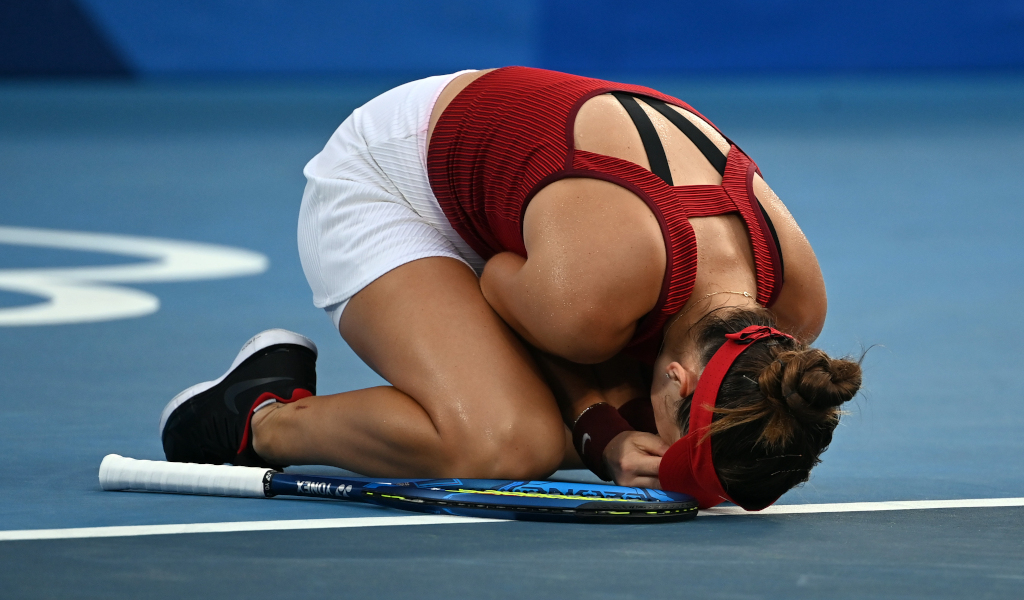 Belinda Bencic wrote her name into history books as she became the first Swiss woman to win singles gold at the Olympics after beating Marketa Vondrousova in the final.

The world No 12, who is also assured of a medal in the women’s doubles after reaching the final alongside Viktorija Golubic, overcame the Czech 7-5, 2-6, 6-3 in two hours and 27 minutes at Ariake Tennis Park.

Bencic follows in the footsteps of Marc Rosset, who won the men’s singles event at Barcelona in 1992, and Roger Federer and Stan Wawrinka, who teamed up in the men’s doubles at the 2008 Beijing Games.

The Swiss was quick out of the blocks as she broke in game two, but Vondrousova hit back with some venom as she won three games in a row, including two breaks.

But the see-saw set took another twist as Bencic broke in game six and then claimed a decisive break in game 12.

Belinda Bencic to continue her winning run at the US Open? Take a punt with Planet Sport Bet.

Vondrosouva dominated the second set with breaks in games one and five.

The Czech also had her nose in front early in the decider with another break in game one, but the two finalists shared four breaks in the opening five games.

Bencic then took a medical timeout for blisters at the end of game seven and Vondrosouva appeared to lose focus as she was crucially broken in game eight before the Swiss served it out.

Federer was quick to congratulate his compatriot as the 20-time Grand Slam winner posted “history” on Instagram.