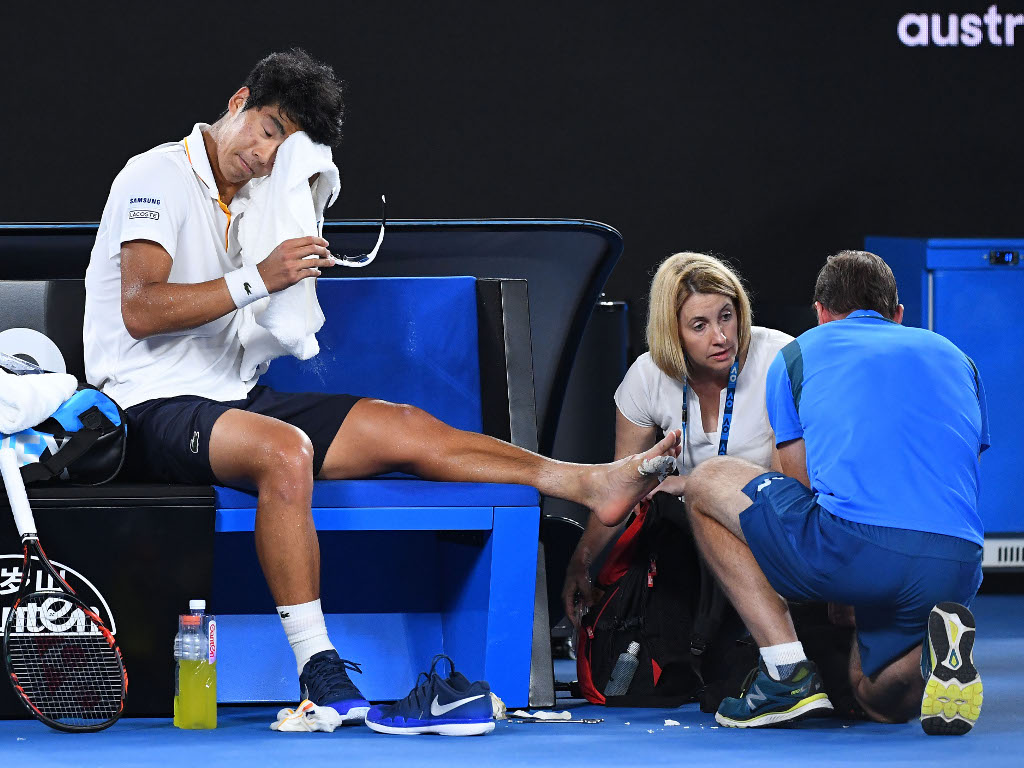 If you are squeamish, then it is probably best if you don’t continue reading this story as it contains a grim image of Hyeon Chung’s injured foot.

The Korean star’s fairytale Australian Open journey came to an end on Friday as he was forced to retire hurt during the second set of his semi-final against defending champion Roger Federer.

The 19-time Grand Slam winner was leading 6-1, 3-1 when Chung called for the trainer, who strapped up his foot.

He continued, but threw in the towel when Federer went up 5-2 in the second set.

The 21-year-old Chung took to Instagram afterwards to show the extent of his injury, adding that it was “a tough decision” to retire.