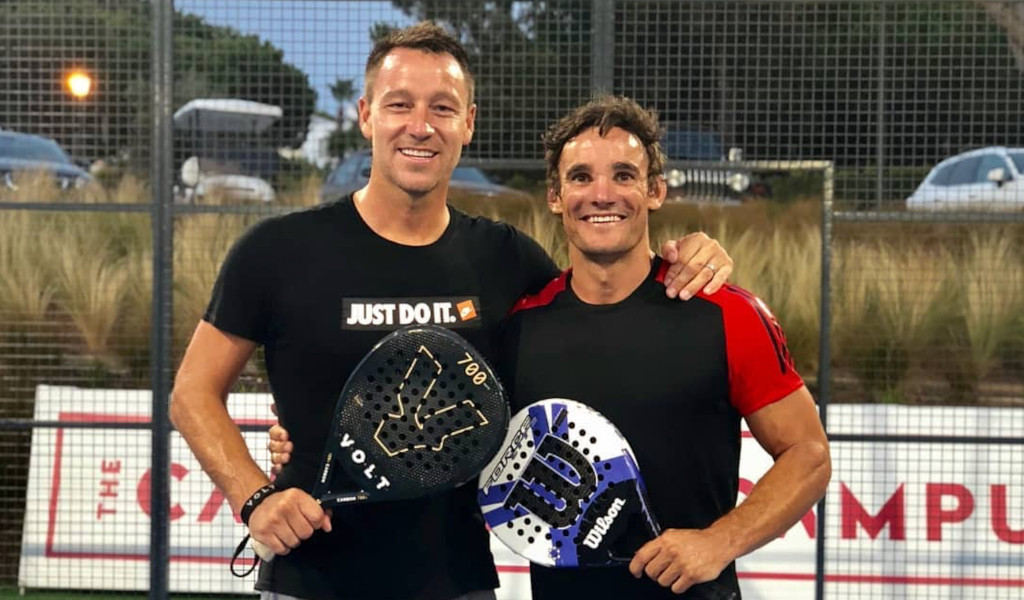 Padel was very much an unknown sport for a UK audience when Tennis365 reported on it last year, but all that is about to change.

Our trip to the Quinta do Lago resort in Portugal last year offered us a chance to experience padel for the first time, with the condensed version of tennis that caged in a perspex box provided a captivating variation on the game that can quickly become addictive.

Padel is played by over 10 million people worldwide and is said to be the second most popular sport in Spain behind football, with Liverpool manager Jurgen Klopp, Barcelona defender Gerard Pique and former Chelsea and England captain John Terry big fans of the game.

Now the Lawn Tennis Association has confirmed that it has integrated British Padel into the organisation’s day-to-day operations, in a move that will give the sport a huge platform to develop in double quick time.

Tennis365 sat down with the LTA’s Head of Padel Tom Murray at the opening of a new court at Stoke Park Country Club, Spa and Hotel for an exclusive chat about the sport he has championed for so long as he predicts a bright future for a game that has universal appeal for all. 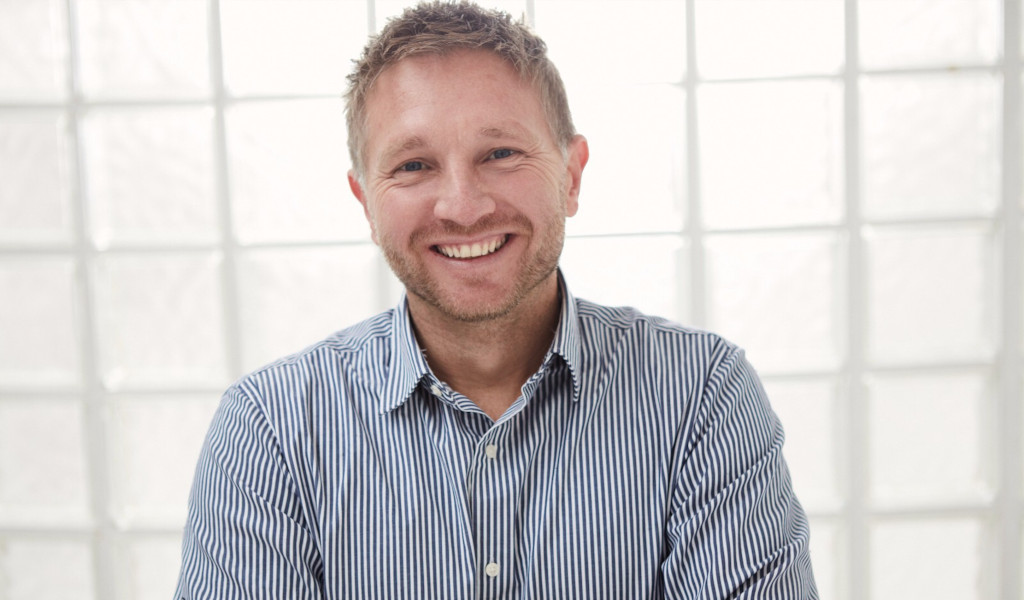 How did you get into padel?

Tom Murray: “When I first came across the sport, there was an air of mystery about it. I have always loved tennis and any variation on the game is interesting, so I wanted to have a go a padel and as soon as you play once, you will never give it up.
You see this little beach bat with no strings on it and it looks like an amateur sport that someone has made up to combine squash and tennis. Then you go on to YouTube and type in world padel tour and you see all these mental rallies, with balls being hit out of the box, people running through gates to get it back and you realise how exciting this is.”

How would you describe the game?

TM: “It has elements of squash as we play shots off the wall, but it clearly much more closely related to tennis. Squash is more of game that relies on the use of the wrist, but with padel you play vollies as you would in tennis and a lot of the shots are similar.
Obviously, we play shots off the wall in padel and that takes a little getting used to, but the sport is a lot easier to pick up than tennis. If you tried to play tennis for the first time, it would take a little while to get a rally going, but after a few minutes on the shorter padel court, you will be starting to enjoy some lengthy rallies as it is easier to master.” 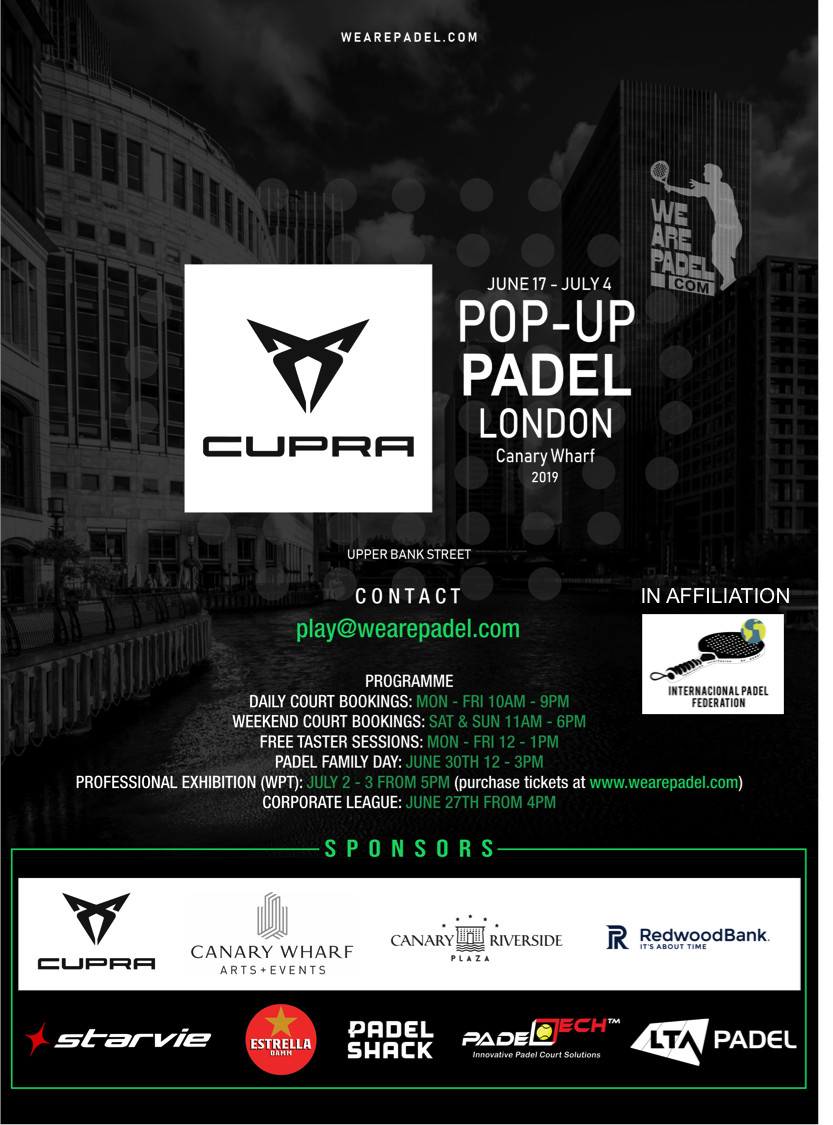 What is the ambition for padel now that it is part of the LTA?

TM: “We have now got 60 courts in the UK, which is double what we had a year ago. Every other country in Europe that has linked with their national tennis federation has gone from 50 courts to 250 courts almost overnight and that is huge for the sport.
It’s now recognised as a sport under the umbrella of the LTA in the UK and there is a possibility that there is a hope it could be admitted into the Olympics for the Los Angeles games in 2028.”

What is your target audience?

TM: “We want this to be accessible to all, that is the aim. Now that we are affiliated to the LTA, clubs will be able to get loans from the organisation and they will be able to use that money to put padel courts into their clubs. That is how it could change the sport beyond recognition and we should aim to have a padel court in a high proportion of tennis clubs in the UK within five years. It is an ambitious target, but one that I feel is achievable.”

How important is it to have high profile sporting heroes playing padel?

TM: “It is great for our sport. We have had tennis players like Jamie Murray who are big fans of padel, rugby stars like Max Evans and Olympic badminton hero Gail Emms all taking part. I hear that former Chelsea and England captain John Terry and Liverpool manager Jurgen Klopp are also big fan of the sport, so it is great to have so much high profile backing for padel. A court has just gone into the Manchester City training ground and also at Liverpool. West Ham are having a court put in and that will help to expand the audience for the game as we should have high profile sports people playing padel on a regular basis.

“When you travel to Spain, you see hundreds of people playing padel tournaments, sponsors everywhere. That has to be the dream in this country.”