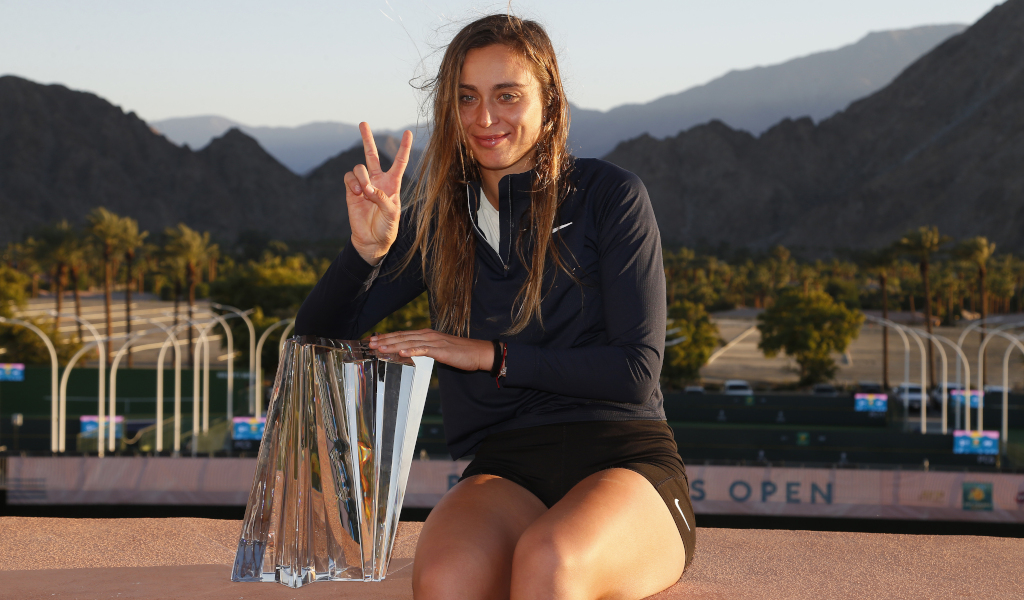 There has been high praise for Paula Badosa ahead of her BNP Paribas Open title defence with tennis great Martina Navritilova admitting she “loves everything” about the Spaniard.

Badosa was one of the players of the 2021 season as after winning the her maiden title in Belgrade in May she followed it up with a run to the semi-final of the Madrid Open before winning the Indian Wells title in October.

The 24-year-old finished the year by securing a place in the season-ending WTA Finals in Guadalajara, reaching the semi-finals, while she started this campaign with the Sydney International title to climb to a career-high No 5 in the WTA Rankings.

Badosa is seeded fifth for her title defence in California and former world No 1 Navritilova believes she will be high on confidence.

“I love everything about her. I love her attitude, her mindset,” she told the WTA Tour. “She’s a complete player, maybe 95 per cent complete. She can improve transition, getting to the net.

“She’ll be pumped to get back there so early – you usually don’t get to defend your title five months later. She’ll be brimming with confidence.

“She knows the court at Indian Wells and she backed it up with her showing at [the WTA Finals] in Guadalajara.”