Paula Badosa’s classy tribute to Victoria Azarenka: ‘I wouldn’t be here without women like you’ 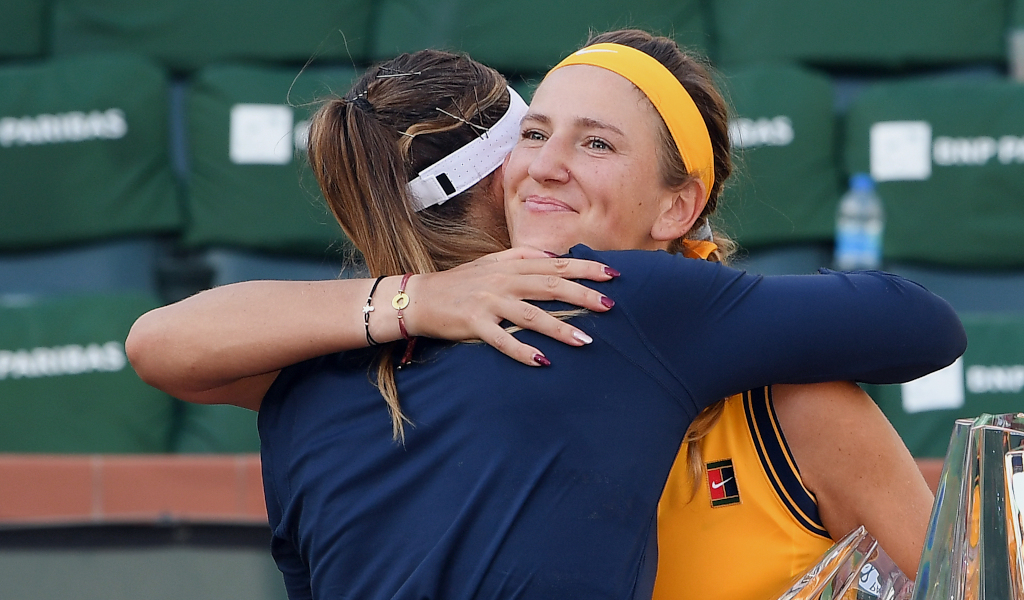 Newly-crowned BNP Paribas Open champion Paula Badosa described Victoria Azarenka as an “inspiration” and praised her for being a role model for women’s tennis.

Badosa won her maiden WTA 1000 title on Sunday as she beat former world No 1 Azarenka in a gripping finale in Indian Wells.

While the 23-year-old Spaniard is at the start of her career, Azarenka is in the twilight of a stunning tennis journey that started in 2003 and yielded 21 singles titles, including two Australian Opens, so far.

Badosa had nothing but praise for the Belarusian during the post-match trophy presentation.

“I remember when I was 14, 15 years old I was seeing you winning Grand Slams and I remember saying to my coach that I hope one day I can play like her,” she said.

“For me it is amazing. Thank you for inspiring me so much. Athletes like you and women like you, I wouldn’t be here without you. Really.”

And after the match Badosa also took to social media to applaud Azarenka.

Thank you Vika, you made me better today. Such an inspiration for me since I started this game. Thanks for all you did for this sport. https://t.co/KlVOa4xDIu

“Thank you Vika, you made me better today. Such an inspiration for me since I started this game. Thanks for all you did for this sport,” she wrote.