Pauline Parmentier battles past Poloma Hercog to win in Istanbul 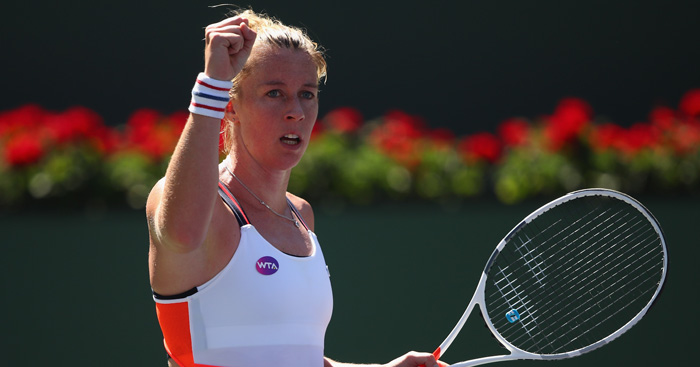 Pauline Parmentier has claimed her third career WTA title after battling past Slovenian Polona Hercog to win the Istanbul Cup.

The Frenchwoman needed 2 hours 13 minutes to carve out a 6-3 3-6 6-3 win, although she was helped by a generous opponent along the way.

“This is just awesome. It was a perfect week,” world number 122 Parmentier said. “I didn’t expect to be here today and to have the trophy.”

“I’m a bit disappointed today but we did a great job this week,” added Hercog, who had won the pair’s only previous meeting in 2011 but amassed 34 unforced errors in this final.

The win leaves Parmentier with a perfect record of three wins in three finals, and gives her a first title since 2008.