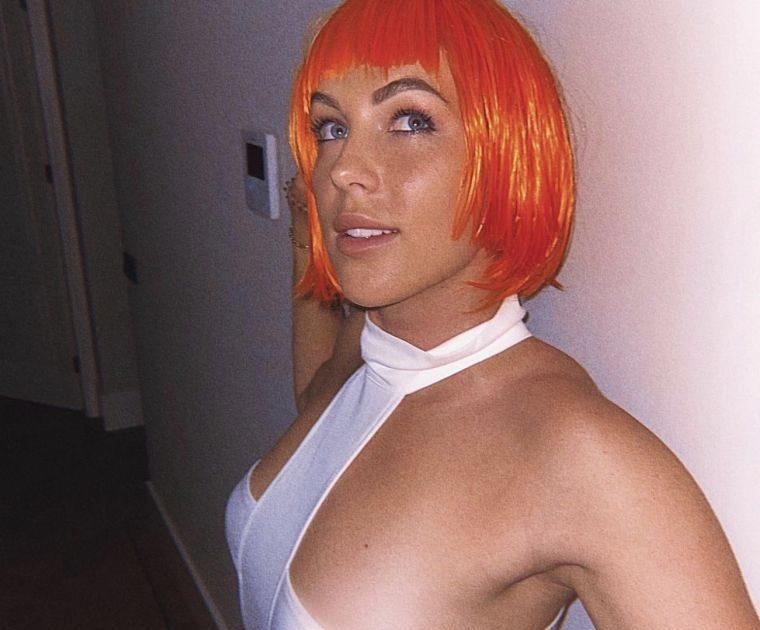 It is an all-white outfit that might not be permitted at Wimbledon, but it certainly caused a stir as 2021 French Open finalist Anastasia Pavlyuchenkova posed for the image on social media.

Replicating a Paul Gaultier-designed outfit from in the 1997 sci-fi movie The Fifth Element that was worn by actress Milla Jovovich, Russian star Pavlyuchenkova gave her fans a treat with Halloween around the corner.

Pavlyuchenkova, who has also reached the quarter-finals of the three other major championships, regularly posts fashion images on her social media accounts.

This latest post proved to be one of the most popular she has posted on her Instagram, which has a following of 142k.

Pavlyuchenkova is not alone in sharing daring images on her social media channels, with Italian star Camilia Giorgi boasting a following of over 646k.

Tennis fans are missing Pavlyuchenkova on court this year, after she ended her season early due to a knee injury.

“I’m very sad to say that I’m forced to withdraw from Roland Garros and the rest of the tournaments this year,” she wrote on social media in May.

“I have been playing this in my head for the last week and it has been a really tough decision to make, as Roland Garros was always very special to me, especially after a dream run last year.

“But due to the pain for a long time, now the injury is limiting me physically and mentally to compete and practice fully.

“The last two tournaments (in Madrid and Rome) has shown me that the pain was still there and I wasn’t ready, so I have decided to take more time and come back stronger next year.”

Pavlyuchenkova’s tennis year on court has been a disappointment, but she made her mark by being an outspoken critic of Russia’s war in Ukraine.

While many Russian players have side-stepped comments on the conflict, Pavlyuchenkova was quick to condemn the invasion by her country’s leaders.

“I’ve been playing tennis since I was a kid. I have represented Russia all my life,” she said on social media shortly after Russian invasion.

“This is my home and my country. But now I am in complete fear, as are my friends and family, but I am not afraid to clearly state my position. I am against war and violence.

“Personal ambitions or political motives cannot justify violence. This takes away the future not only from us, but also from our children.

“I am confused and do not know how to help in this situation. I’m just an athlete who plays tennis. I am not a politician, not a public figure, I have no experience in this.

“I can only publicly disagree with these decisions taken and openly talk about it. Stop the violence, stop the war.