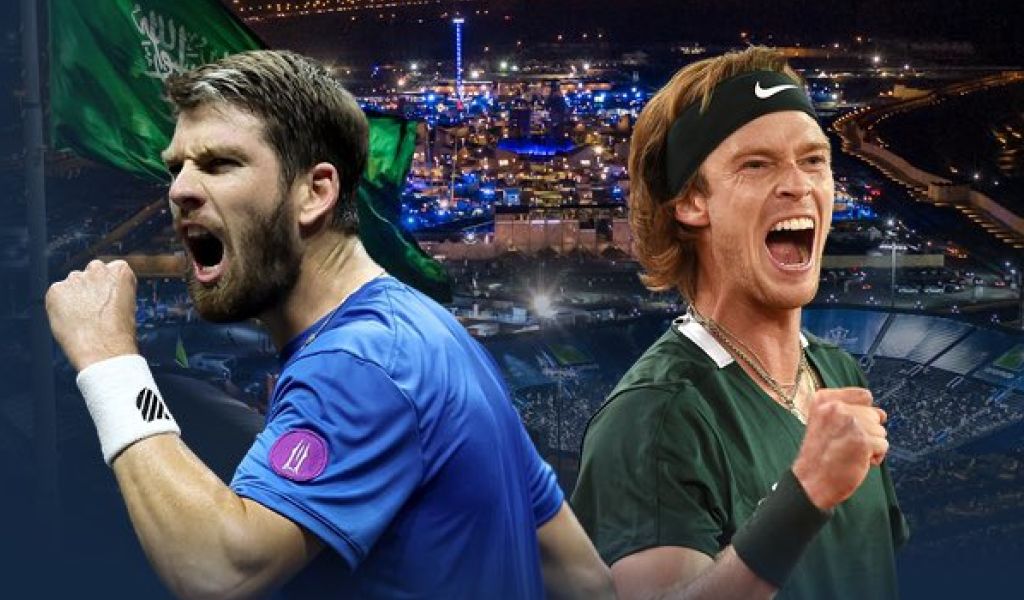 It is a tournament that has attracted some of the biggest stars in tennis, with controversy over the Diriyah Tennis Cup setting tongues wagging.

With top players like Daniil Medvedev, Andrey Rublev and Cameron Norrie on the guest list for the exhibition event, the players taking part have been accused of accepting cash to be part of a ‘sports washing’ event.

Wimbledon finalist Nick Kyrgois is also appearing in Saudi Arabia alongside former US Open champion Dominic Thiem and world No 4 Stefanos Tsitsipas with six-figure and some suggestions of seven-figure guaranteed appearances fees assured for the big stars taking part.

Now the prize money for the event has also been revealed, with the cash on offer close to what players could expect in an ATP Masters series event:

There is also big money on offer for Doubles players, with these numbers more than they would expect for a majority of events in the tennis season:

With appearance fees added to these numbers in return for players taking part in promotion events around the tournament, this has become one of the most lucrative events of the tennis year.

Players have come under fire for taking part in the event that gets underway in Saudi Arabia next Tuesday, with Judy Murray criticised for hosting junior coaching sessions for girls around the tournament.

Judy’s son Andy Murray has hinted he would not take part in an event in Saudi Arabia, but his mother offered this statement to explain her Role:

“I am particularly keen to ensure girls and women are given an equal opportunity to enjoy and experience tennis, whether for fun, for fitness or for friendship,” she said.

“Tennis enables all of that and while it is a global sport that has produced some of the greatest sportspeople of our time, it is also, at the same time, a community where everyone can connect.

“That is the message I have relayed throughout my time as a coach and as a champion for workforce development: we need to remove barriers to participation but also to ensure we can sustain growth in participation and ensure that the community can unite to showcase how special tennis can be, regardless of age, gender or ability.”

Meanwhile, Alexander Zverev believes that the Diriyah Tennis Cup in Saudi Arabia offers an ideal venue for his return to the court after he injured his knee at the French Open last summer.

“I’m just looking forward to being back on court being back on a competitive court because it’s been a very long time for me,” Zverev said in a video interview for the Diriyah Tennis Cup Youtube channel.

“The best players in the world are there so it’s gonna be high level tournament and I think everybody’s in form because they’re still either coming from Davis Cup or they just came from the ATP Finals so everybody will still be playing great tennis and I hope I can keep up with them.