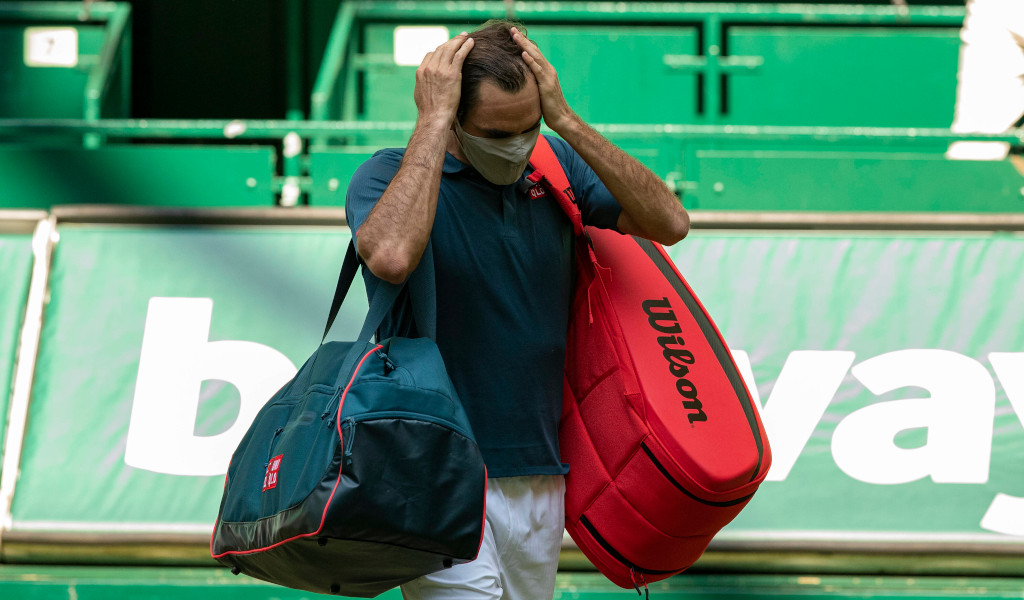 Roger Federer rarely shows emotion on the court, but the fact that he “showed a little bit of a worry on his face” in recent weeks will be good news for the rest of the field, according to Eurosport pundits Mats Wilander and Alex Correjta.

The 20-time Grand Slam winner’s comeback after more than a year on the sidelines following two knee operations has not gone according to plan as he lost early in three of the four tournaments he played.

His latest defeat was a second-round exit at the hands of Felix Auger-Aliassime in Halle as the Canadian youngster came from a set down to win 4-6, 6-3, 6-2 against his childhood idol on grass.

After the match Federer delayed his press conference as he “needed time to digest” and later admitted that he was not happy with his display.

Former world No 1 Wilander believes the 39-year-old’s attitude in recent months will give his rivals, especially the younger generation, a boost.

“I’m not sure if he’s ever shown it or not. I actually saw him show it one time against Gustavo Kuerten at Roland-Garros, where he looked not interested to be there and was willing to hit the grass courts,” the Swede told Eurosport.

“So, I think that he’s most probably felt like that before but for him to actually point the finger at himself – that’s alarming.

“I think what happens when you do that, the thing we never talked about, it also puts a green light in the locker room to the rest of the field like ‘wow, even Roger Federer doesn’t feel like fighting to the very end with a good attitude these days… so you know what Roger, you are 39, I am 21, I’m going to be out there for five hours if I have to. Even if you’re Roger Federer.”

Correjta is another one who has picked up the change in Federer’s on-court attitude and feels he is “showing a little bit of worry on his face”.

“He was, I think, inside himself. He’s the only one who knows how he’s feeling, the way he’s moving. Sometimes it’s not about complaining,” he said.

“It’s a matter of you are playing and inside you, you feel ‘this is not how I want to feel’. And I think Roger feels a little bit that way right now.

“He’s showing that even if he is probably the most talented guy ever, he will suffer like someone else and it’s good that he shows that.”