Emma Raducanu has won the BBC Sports Personality of the Year award (SPOTY) and she has joined an illustrious list of female winners of the event.

After 15 years without a female winner of the BBC prize, Tennis365’s Jack Ingleby takes a look back at the previous sportswomen to win the prestigious award which began back in 1954:

The moment @EmmaRaducanu was crowned BBC Sports Personality of the Year 2021! 🤩#SPOTY

Dorothy Hyman – 1963
Regarded as one of Britain’s greatest female sprinters, Hyman also enjoyed success at the same 1962 Commonwealth Games as Lonsbrough winning two golds and a silver. She followed this up with a successful year in 1963 winning the 100m at the European Championships.

Mary Rand – 1964
Rand became the third female winner in a row in 1964. She was the first British woman to win an athletics gold medal after setting a new long jump world record of 6.76 metres. Rand also competed in the modern pentathlon and the 4×100 metres where she won silver and bronze retrospectively.

The first left-handed female player to win a Wimbledon singles title, Jones beat Billie Jean King to be crowned champion on Centre Court at the All England Club. After losing in the final two years earlier Jones made history in what would turn out to be her last Grand Slam singles event.

Princess Anne made history by becoming the first Royal to win the BBC award. She won the individual title at the European Eventing Championship at Burghley aged just 21. She presented the 2019 SPOTY award to Ben Stokes along side former Manchester United and Scotland legend Denis Law.

Northern Irish Peters won the pentathlete event in the final 200m race, winning by only one tenth of a second. She was electrifying at the Olympic Games which were held in Munich, West Germany. The games which are remembered due to the ‘Munich Massacre’ which saw 11 Israeli athletes killed by terrorists. 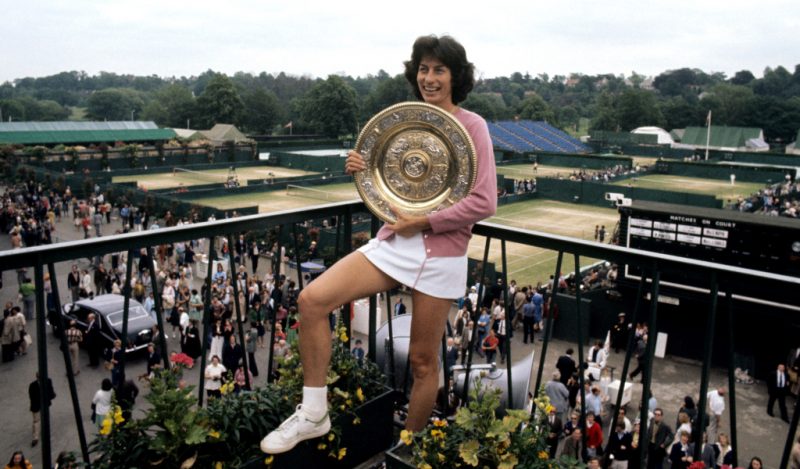 Wade became the second female winner of the SPOTY to also win Wimbledon, while she was also last British female to win a Grand Slam until Emma Raducanu’s US Open victory. Following her Tennis career, she become the first woman to be elected to the Wimbledon committee.

The 1984 SPOTY was unique. It was the first and only time that a pair has won the award. Torvill and Dean who dazzled at the Sarajevo Winter Olympics as they became the highest-scoring figure skaters of all time after receiving 12 perfect scores of 6.0.

Whitbread shone for Great Britain winning gold at the Rome World Championships in 1987. This led to the javelin thrower winning the SPOTY. She went on to win silver at the 1988 Seoul Olympics the following year after being beaten by rival Petra Felke who broke the world record to win gold.

This Scottish distance runner won gold at the Tokyo World Championships in the 10,000m race. McColgan, who won gold in the same event at the previous two Commonwealth Games is seen as one the best ever female athletes to run in 10,000m races.

Radcliffe enjoyed her most successful year in 2002. She won the London Marathon and the Chicago Marathon but also won gold in the 10,000m at the European Championships in Munich. Radcliffe also went onto to win gold at the Commonwealth Games in Manchester, this time competing at in the 5000m race.

Dame Kelly won the hearts of the British public in 2004 with her double gold at the 2004 Athens Olympic Games. She was the clear contender to win SPOTY the following December which she did. Holmes retired from athletics the following year.

Phillips win of SPOTY was extra special. Not only was she the second royal to win the award it was exactly 35 years after her mother Princess Anne won in 1971. Phillips won the Eventing World Championship in Aachen, she also won silver in the 2012 London Olympics before retirement.