With Rafael Nadal’s season now over, Michael Graham analyses whether he shone for long enough to be deemed bright enough.

For a period in 2018, Rafael Nadal looked absolutely unbeatable.

He was taking all of the accolades, setting new records, and just about every opponent unfortunate to run into him spoke of how it was practically impossible to get the best of him.

That period in 2018 was clay court season, and it’s nothing new.

Sadly, the Spaniard’s season has not been a good one, and there is little point trying to get away from that.

Yes, his win-percentage was impressive, as his own people like to remind us, but in terms of overall contribution against expectation levels, surely Nadal has only disappointed?

And you are allowed to say that, you know. Sometimes, when you cover tennis, the game’s royalty feels very protected.

As Nadal hobbled away from his ankle surgery on crutches this week after pulling out of the ATP Finals, there was a feeling of familiarity.

Of those nine, five were on clay, one was Wimbledon, three were hard court. Of the three hard court events in which he competed, he retired injured in two – both Grand Slams.

His supporters will point out that he won over half (five) of the tournaments he started this season and finished it as world number two, which would surely make it a fine season?

There is that argument, but personally I’ve felt very disappointed by Nadal this year.

It felt like this was meant to be his year to truly shine and dominate. Roger Federer appears, more so that ever, to be winding down now and more selective than ever about his schedule, and Novak Djokovic struggled massively for half the year.

However, he withdrew or retired from more tournaments (11) than he actually played in. 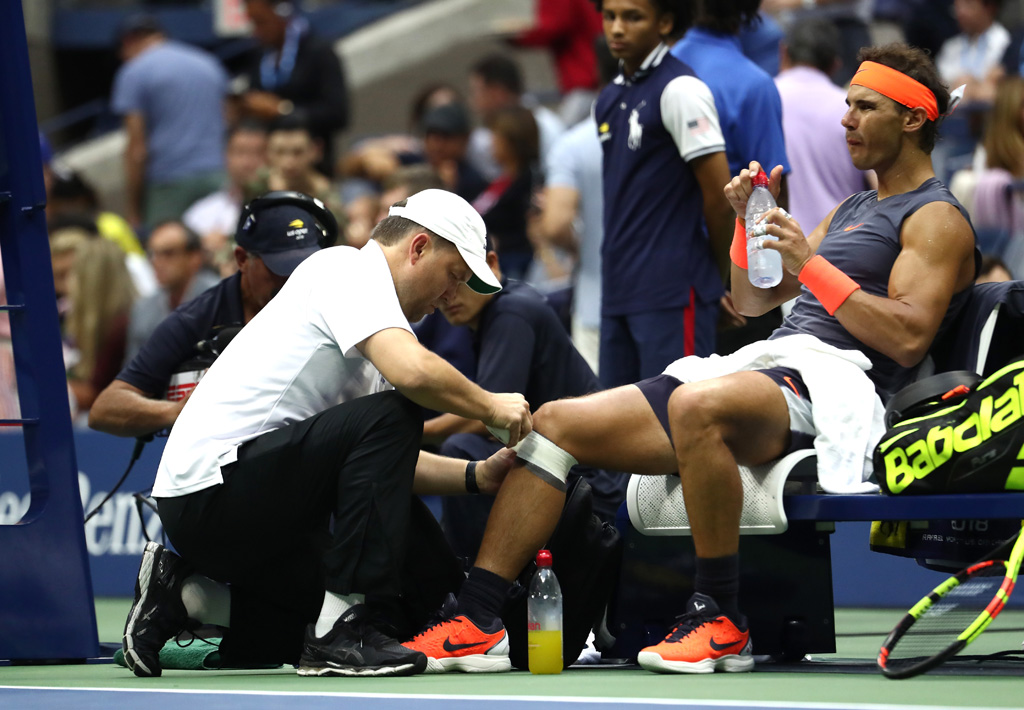 You can point to injuries, and he has struggled with knee and abdominal problems, although others could also point out that he was somehow absolutely fine through his favoured clay court season.

None of this is a criticism of Nadal. When he’s played, he has been brilliant and it is only right that he manages his schedule at this stage of his career.

All I’m saying it that for the most part, he has certainly underwhelmed.

Hopefully, it is not a sign of things to come. Nadal played 18 tournaments in 2017, and the reason for his surgery has been given as future fitness concerns by his surgeon.

“It was about 35 minutes on the right ankle,” Dr. Angel Ruiz-Cotorro told Spanish radio.

“He had a small piece impede the joint. We decided to solve this problem now so we can start next season in the best conditions.

“You have to understand the amount of matches he plays each year – he has chronic injuries.”

If you look back at Nadal’s career in recent years, he has almost eased himself into a pattern of having a heavy year playing 70+ matches and then having more of a maintenance year with 50 or so.

This year has followed that pattern again, so even if he has disappointed in 2018, there is every reason to expect a strong resurgence in 2019.