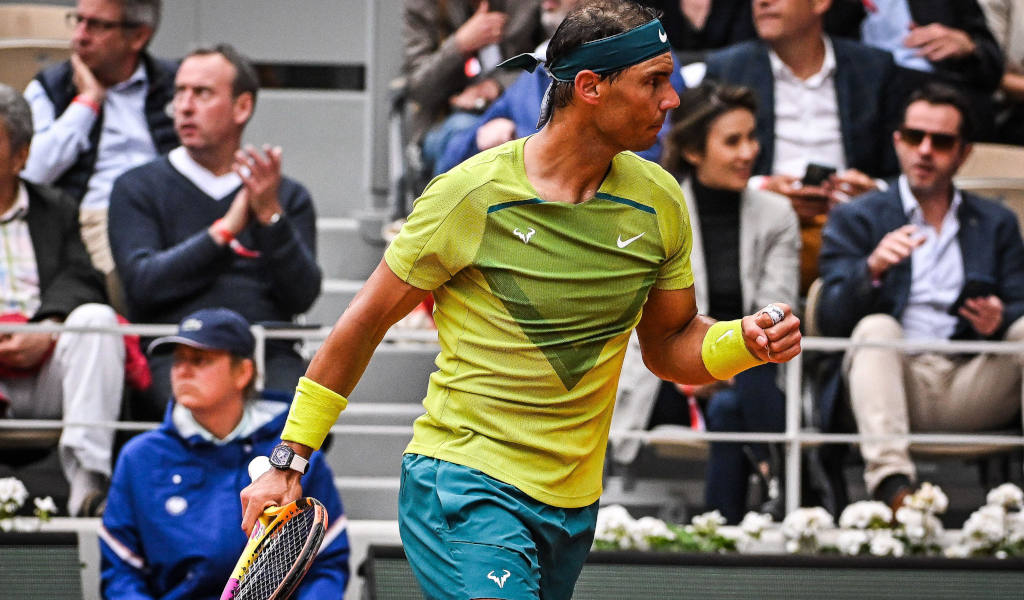 Rafael Nadal showed no signs of being in any pain during a straight-sets victory over Australia’s Jordan Thompson in the French Open first round on Monday.

Nadal took to centre court for an afternoon match against World No 82 chasing his 299th Grand Slam match win and accomplished the task with minimum fuss winning 6-2, 6-2, 6-2.

Having played just five matches on clay this season, Nadal took some time to settle in but soon found his rhythm.

Nadal said: “It is incredible for me to play here another time. I am very happy with the win in straight sets and to get through the first round.”

The Spaniard was the picture of composure and it was the young Australian who appeared more and more frustrated as the match wore on.

Nadal broke Thompson’s serve seven times across three sets and dropped just one service game of his own in the second set.

British umpire Alison Hughes hit Thompson with a code violation as he went 2-5 down in the second set and angrily hit a ball out of the Centre Court.

Nadal needed just one match point to seal the encounter with Thompson finally succumbing when he slapped a backhand into the net.

The fifth seed struck 27 winners against 14 from Thompson’s, an indication of the baseline dominance of the Spaniard who was also effective coming forward.

Nadal won 75 per cent (12 out of 16) of points at the net and frequently hurried his Aussie opponent into errors.

The win takes Nadal out to a 2-0 head to head series lead over Thompson. Their previous meeting had also been in Paris as he beat the Australian at the indoor hard court Masters event also held in the city of love back in 2020.

If his touch wasn’t quite at his best, Nadal more than made up for it with his movement, which was excellent, allaying fears that he might not be up for the rigours of the clay Grand Slam to a degree.

Nadal is set to face French wildcard Corentin Moutet in the next round after he scored a sensational upset victory over former French Open champion Stan Wawrinka.