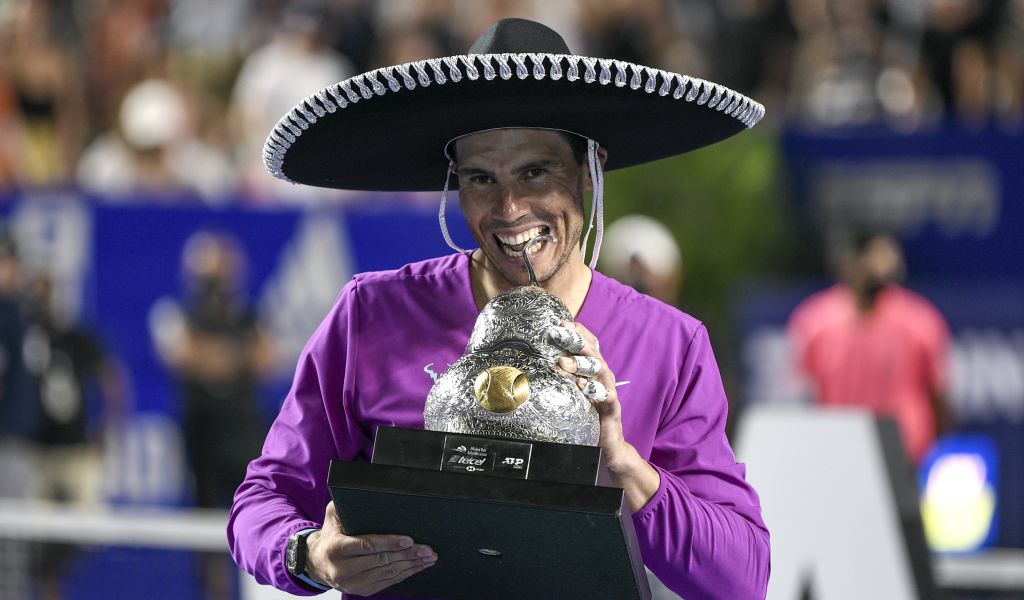 Rafael Nadal won’t defend his Acapulco title next year as the 22-time Grand Slam winner has admitted that he has probably played his last match in Mexico.

The Spaniard is a four-time Mexican Open winner and he won this year’s tournament after beating then world No 1 Daniil Medvedev in the semi-final and British No 1 Cameron Norrie in the final.

However, he confirmed during the final leg of his Latin American exhibition tour that he won’t return to the seaport city in Guerrero in 2023.

“It will most likely be the last time I play in Mexico, Acapulco 2023 is not on my calendar and the 2024 season seems far away,” he said.

“Now is the time to enjoy this moment to the fullest and play in an emblematic setting, with many people and in a country where I have always felt loved.”

Nadal and Casper Ruud featured in five clashes in Latin America over the past two weeks and Mexico was their final stop on Thursday with 40,000 people packing Plaza Mexico for the clash.

The Spaniard won the five-match series 4-1 as he also claimed wins in Buenos Aires (Argentina), Bogota (Colombia) and Belo Horizonte (Brazil) with Ruud’s only victory coming in Quito (Ecuador).

Earlier in the week, Ruud expressed his admiration for Nadal’s professional, saying he learned a lot during his time at the Rafa Nadal Academy.

“You can learn everything from Rafa–from any type of shot to mentality and professionalism,” the Norwegian, who finished runner-up at the French Open and US Open this year.

“When I arrived at the academy I was surprised by the intensity of each training session, and that has helped me to increase the intensity that I put into each practice. Rafa’s team and his family are incredible. They have always been with me and they do a spectacular job with a young community.”

We are not sure if he also learned how to play football at the academy as the duo have been taking part in several football games on the tour.

Looking forward to next year, Nadal says he still has professional goals that he wants to achieve and will continue to play until his “body and mind says enough”.

“For me the main thing right now is to be able to get to the important tournaments in full physical condition,” he said. “I continue to enjoy day-by-day and I continue to have goals that excite me at a professional level. I’m going to try to achieve them until my body or mind says enough. At the moment, that hasn’t happened so I want to continue.

“I am happy doing what I do, I love competing on the big stages and the love of the people encouraged me to continue.”

READ MORE: Rafael Nadal says being the GOAT ‘takes a backseat’ when it comes to his legacy: ‘It’s about respect’