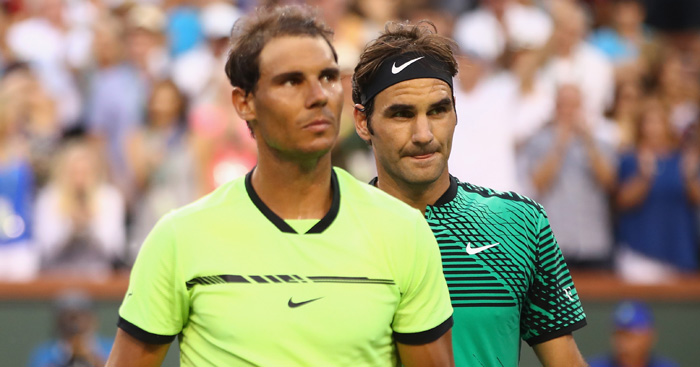 Rafael Nadal has taken aim at absentee Roger Federer, essentially accusing him of avoiding facing him on clay.

Federer recently announced he’d be missing clay court season to give his body a break in an attempt to prolong his career. It didn’t go down well with Nadal.

“He said a couple of days ago that he would love to play against me again on clay, best of five sets, so I thought he would play Roland Garros,” said Nadal before he started his defence of the Monte Carlo Masters, which he is bidding to win for the 11th time.

“Then a few days later he says he will not play. A little bit of a contradiction.”

And, following his comfortable win over Aljaz Bedene in the first round of the tournament, Nadal once again targeted long-term rival Federer, saying he couldn’t see himself ever deciding to deliberately miss chunks of the season, especially those containing Grand Slams.

“It is not in my plan, but I can’t say ‘never’ because I cannot predict what’s going to be in the future,” the ten-time French Open champion added.

“When you get older, you need to adjust a little bit more the efforts and the calendar.

“I don’t see myself missing Wimbledon on purpose, or the US Open, or the Australian, or Rome.”