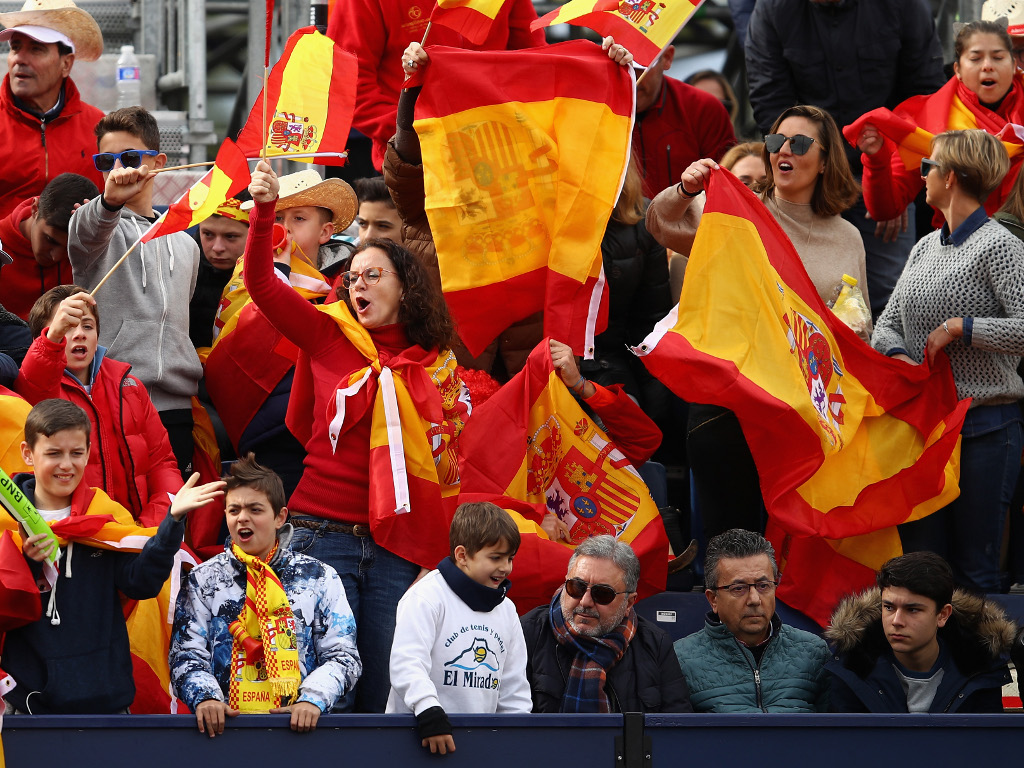 Spain made it 28 Davis Cup home wins in a row as they came from behind to beat Germany in the quarter-finals in Valencia.

Germany started Sunday with a 2-1 lead after Tim Puetz and Jan-Lennard Struff secured a five-set win over Feliciano Lopez and Marc Lopez in the doubles on Saturday.

It meant Rafael Nadal had to win his rubber against Alexander Zverev to keep the hosts in the tie and he did it in stunning fashion as he humbled the 20-year-old 6-1, 6-4, 6-4 in the first match of the day.

It was then up to David Ferrer and Philipp Kohlschreiber to win it for either country and it was veteran Ferrer who came out on top in a five-set marathon that was just five minutes shy of five hours.

The five-time winners will face France in the semi-finals after the reigning champions beat Italy 3-1 with Lucas Pouille claiming the decisive 2-6, 6-1, 7-6 (7-3), 6-3 win over Fabio Fognini on Sunday.

Win on Italian soil for the first time since 1927 ?
Win 6 straight ties for the 4th time in history ?
Progress to the semifinals ?

The reigning champions march on.

Meanwhile, Croatia set up a last-four clash with the United States as they beat Kazakhstan with Marin Cilic completing the 3-1 win over with a straightforward 6-1, 6-1, 6-1 victory over Mikhail Kukushkin.

The United States secured their place in the next round with a 4-0 win over Belgium with Ryan Harrison defeating Ruben Bemelmans 6-3, 6-4 in a shortened match on Sunday.