Rafael Nadal and the North American curse: From Taylor Fritz to Felix Auger-Aliassime and Mackenzie McDonald 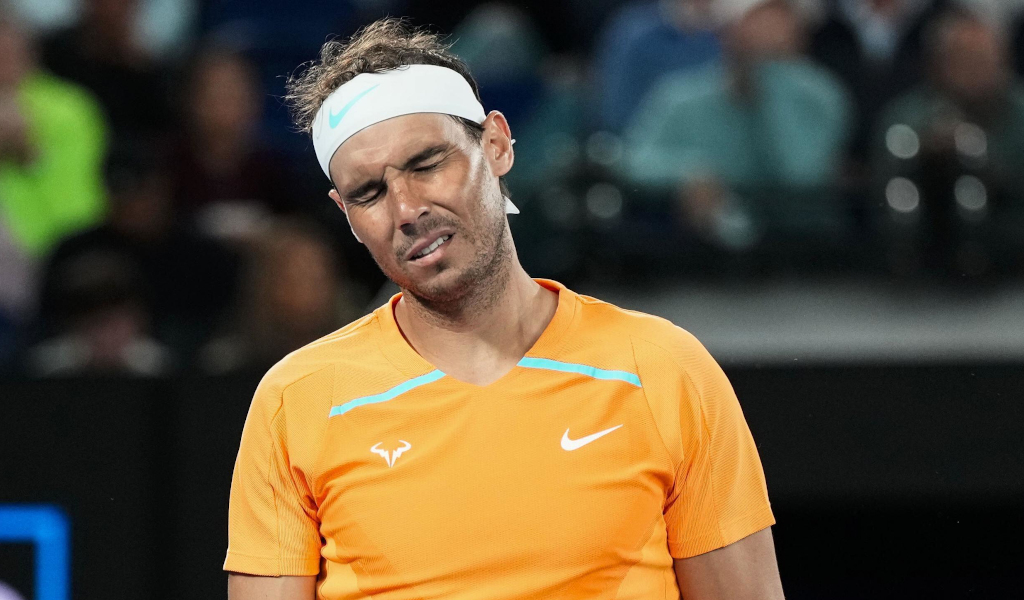 Since the beginning of the 2022 season, Rafael Nadal has lost 11 matches and seven of those have come against players from North America.

The 22-time Grand Slam winner’s Australian Open title defence came to a shuddering halt in the second round on Tuesday as he went down in straight sets against American Mackenzie McDonald, although he was struggling with hip injury.

McDonald is the fourth American to notch up a victory against the Spaniard in the past 12 months.

Nadal enjoyed a brilliant 2022 season as he won four titles – including the Australian Open and French Open – and enjoyed a 20-match winning streak at the start of the year.

He finished the year with a 39-8 record and six of those losses were against players from North America.

After winning the Melbourne Summer Set, Australian Open and Mexican Open, Nadal took his winning run to 20 matches as he reached the final of the Indian Wells Open.

However, his streak came to an end as he was beaten by American Fritz in the final, going down 3–6, 6–7 (5–7). He also struggled with injury in that match as rib stress fracture hampered him with the injury keeping him out of action for six weeks.

2. Denis Shapovalov at the Italian Open

After being beaten by compatriot Caros Alcaraz at the Madrid Open, the North American curse struck again in Rome as he suffered a 1-6, 7-5, 6-2 defeat at the hands of Canadian Shapovalov.

It was Shapovalov’s second career-win over the Spaniard as he also beat Nadal at the 2019 Paris Masters, although the veteran leads their head-to-head 4-2.

3. Frances Tiafoe at the US Open

Nadal then had a good run at Wimbledon, but injury saw him withdraw from his semi-final against Nick Kyrgios while he lost against Borna Coric in the last 32 at the Cincinnati Masters.

American Tiafoe was next to get a win over the Spaniard as he stunned Nadal in the fourth round of the US Open, handing him his first defeat in a Grand Slam match in 2022.

4. Tommy Paul at the Paris Masters

After several months on the sidelines as his wife gave birth to their first child and he recovered from yet another injury, Nadal made his comeback at the Paris Masters in October.

However, he once again tasted defeat as American Paul also added his name to the list North Americans to get a win over the former world No 1, securing a 3-6, 7-6 (7-4), 6-1 victory.

5. Felix Auger-Aliassime at the ATP Finals

Next it was the turn of Auger-Aliassime to get the better of the Spaniard as he won 6-3, 6-4 during the group phase of the season-ending tournament in Turin, Italy.

It was also the Canadian’s first-ever win over Nadal, although it was only their third match at top level.

6. Taylor Fritz at the ATP Finals

After Nadal got the better of Fritz in the quarter-final at Wimbledon, the American made it 2-2 in the head-to-head as he beat the Spaniard 7-6 (7-3), 6-1 at the ATP Finals in Turin.

Nadal did finish is season with a win as he ended the group phase with victory over Casper Ruud in a dead rubber.

7. Mackenzie McDonald at the Australian Open

Nadal’s 2023 campaign didn’t get off to the greatest of starts as he lost both his matches at the mixed United Cup – going down against Cameron Norrie of Great Britain and Alex de Minaur of Australia.

After picking up a win against Jack Draper in his opener at the Australian Open, the North American curse struck again as Nadal was beaten by Mackenzie McDonald.

The 36-year-old picked up a hip injury in the second set, but that should not overshadow a brilliant performance from world No 65 McDonald as he won 6-4, 6-4, 7-5.

For interest sake, Nadal has lost 14 matches against American players during his career and five (Fritz twice, Tiafoe, Paul, McDonald) have come in the past 12 months.

Andy Roddick (3), James Blake (3), Vince Spadea, Mardy Fish and Sam Querrey are the other men to beat him.

He has lost five matches against Canadians with Milos Raonic (2), Shapovalov (2) and Auger-Aliassime getting wins. Shapovalov also got a walkover win at the Paris Masters in 2019.