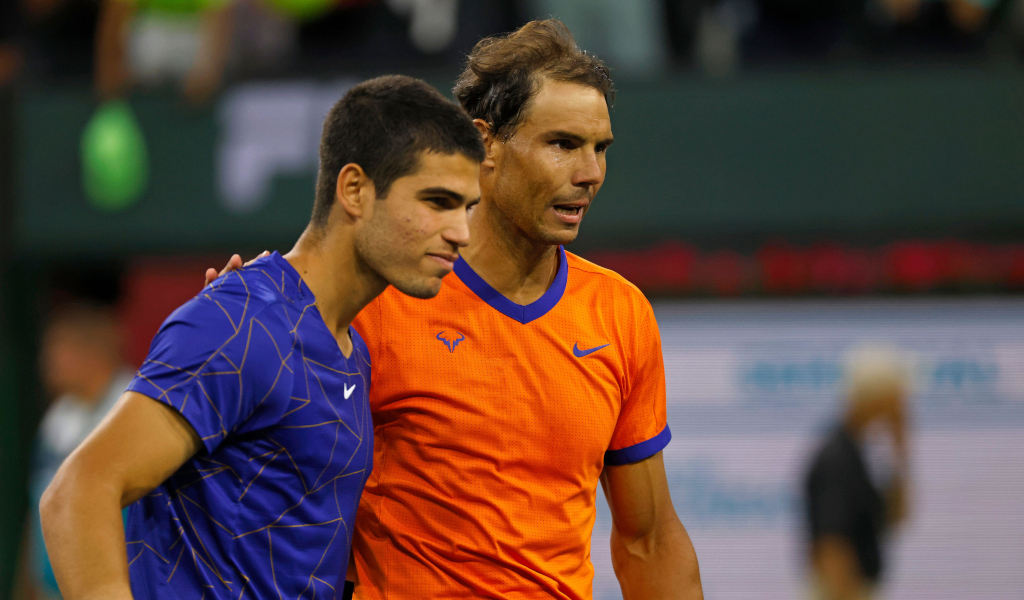 There will be a Spanish invasion in Las Vegas early next year as one of tennis’ all-time greats in Rafael Nadal will meet rising star Carlos Alcaraz in an exhibition match.

Nadal is a legend of the sport as he tops the list for most Grand Slams won by a male tennis player with 22 while Alcaraz made the world sit up and take note of his talent this year as he won the US Open and became the youngest world No 1 at the age of 19.

The pair finished the year at No 1 and No 2 in the ATP Rankings with Alcaraz also the first teenager to be the year-end No 1.

And they will face off in an exhibition event on March 5 at the MGM Grand Las Vegas, which boasts a capacity of 16,800.

“I’m very excited for my first visit to Las Vegas, one of the most iconic and entertaining cities in the world,” Nadal, who described it as “a special one-night match” on social media, said in a press release.

“I’ll be playing with my fellow countryman Carlos Alcaraz who’s had an amazing year. It should be a great night of tennis at the MGM Grand Garden Arena.”

The two Spaniards have met three times in official matches on the ATP Tour with the veteran leading the head-to-head 2-1, although Alcaraz won their most recent meeting at the Madrid Open in May.

Are you ready? 😎 I’ll be playing @RafaelNadal at THE SLAM in Las Vegas! 🔥 I’m so excited to be a part of this special one-night match hosted by @MGMRewards!

The 19-year-old Alcaraz, who won four titles in 2021, admits he is delighted to share the court with “one of the nicest guys on Tour”.

“I’m honoured and so happy to be sharing the court with Rafa in Las Vegas. He’s an all-time great, of course, and his records and achievements speak for themselves. Rafa also is one of the nicest guys on Tour and I look forward to our match on March 5,” he said.

The match will be followed by the 2023 Slam Gala at the Rivea and Skyfall at the Mandalay Bay Resort and Casino with the proceeds going to the MGM Resorts Foundation, the Rafa Nadal Foundation, and the National Tennis Foundation.

The exhibition event will take place just before the North American hard-court swing, which features the Indian Wells Open and Miami Open.