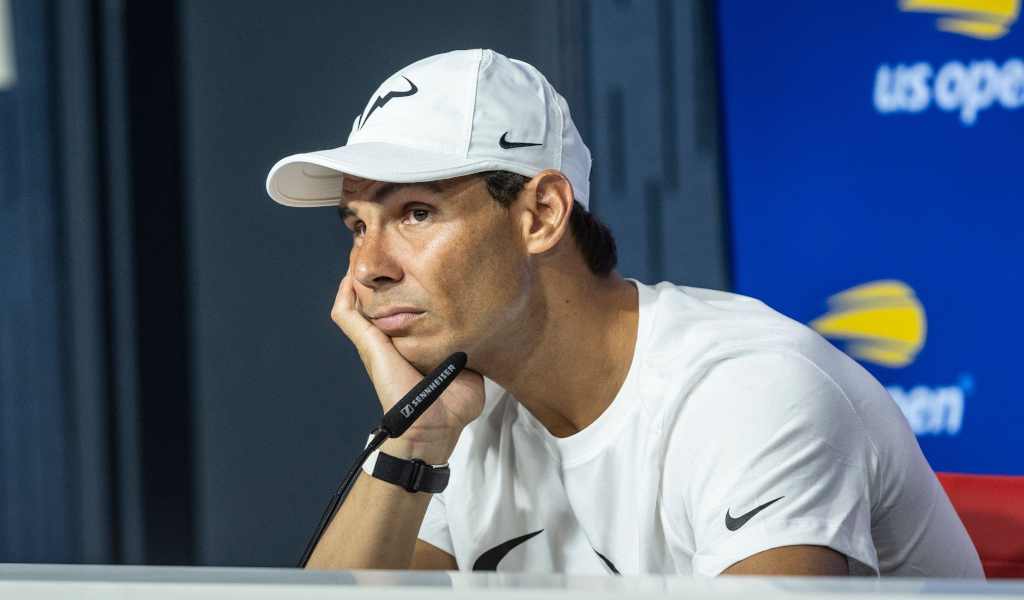 Rafael Nadal is used to spending a lot of time away from home, but he admits this latest trip away from Mallorca has been especially uncomfortable.

Nadal is in Paris for the final ATP 1000 Masters event of the season and he has set his sights on claiming the year-end No 1 ranking by finishing with a flourish in the French capital and at the ATP Finals in Turin.

Yet this is also the first time he has been on the road as a father and in honest comments, he admitted the pain of leaving his son behind is testing him.

“It’s a different approach compared to usual,” said Nadal, who left the Laver Cup early to make sure he was home in time to be with his wife ahead of the birth.

“All the changes are difficult in this life, and you need to adapt to it.

“It’s at the same time true that we are lucky today that, with technology, we can do video calls any time you want, so that always helps.”

Nadal insisted he is not focusing his attention on the year-end No 1 ranking, as his tussle with Carlos Alcaraz will be one of the big talking points in tennis over the next few weeks.

“To be clear, I understand it’s an interesting point because you’re talking about fighting for No.1, but I don’t fight any more to be World No.1,” he added.

“I just fight to keep being competitive in every event that I play. It’s something I said a long time ago, I will not fight any more to be No.1. I did in the past.

“I achieved that goal a couple of times in my career and I have been very, very happy and proud about achieving that. But I am at a moment in my tennis career where I don’t fight to be No.1.

“Today is a different story for me. I don’t know how many events I played, like 10, and I finished eight. Difficult to be No. 1 like this. But happy to be in that position that says when I was playing, I was playing well.

“Let’s see on the competitive level how I manage. In older bodies like my one, it’s easier to know how things are going when you are playing tournaments in a row.

“When you are coming back from a period of time outside of competition, it’s difficult to know how you’re going to be playing, how your body is going to respond because it’s obvious that the tour level is different.”

“I’m just excited to be here. I’m here to try my best and then accept things how they are coming. Hopefully, I will be ready, I’m going to try to be competitive. Let’s see. I’m excited about it.”