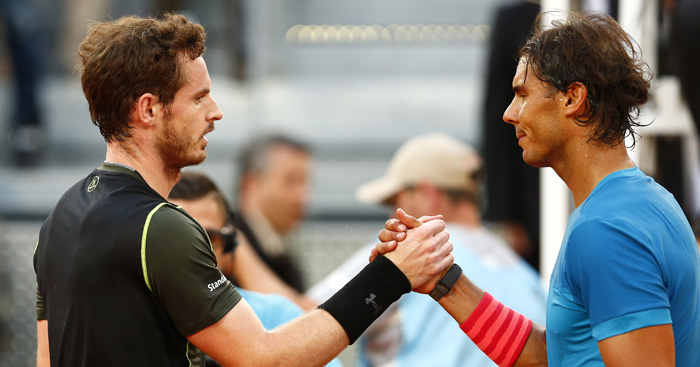 Rafael Nadal has told Andy Murray he must keep believing he can return to the top after his injury hell.

Murray has not played since Wimbledon last year as he battles a serious hip complaint, with many warning him that the kind of injury he has sustained is one from which you never really recover.

However, Nadal has bucked the trend on that, drawing on the experience of his own injury nightmare to offer strong words of encouragement for the three-time Grand Slam winner.

“I saw him in Melbourne, and I spoke with him on the phone two weeks ago,” Nadal said after his Monte Carlo Masters quarter-final thrashing of Dominic Thiem.

“He asked me about things. I don’t want to tell you about the things that we talk because will not be fair for him, and I will not feel comfortable with it.

“But, yes, I tell him the things that I think worked for me.

“I have been in that situation. I know how tough and frustrating it is when you work every day and you don’t see the light of how to improve. You don’t see any improvements.

“That’s what (Murray returning to his best) I really hope about him because he is important, very important, for our tour.”