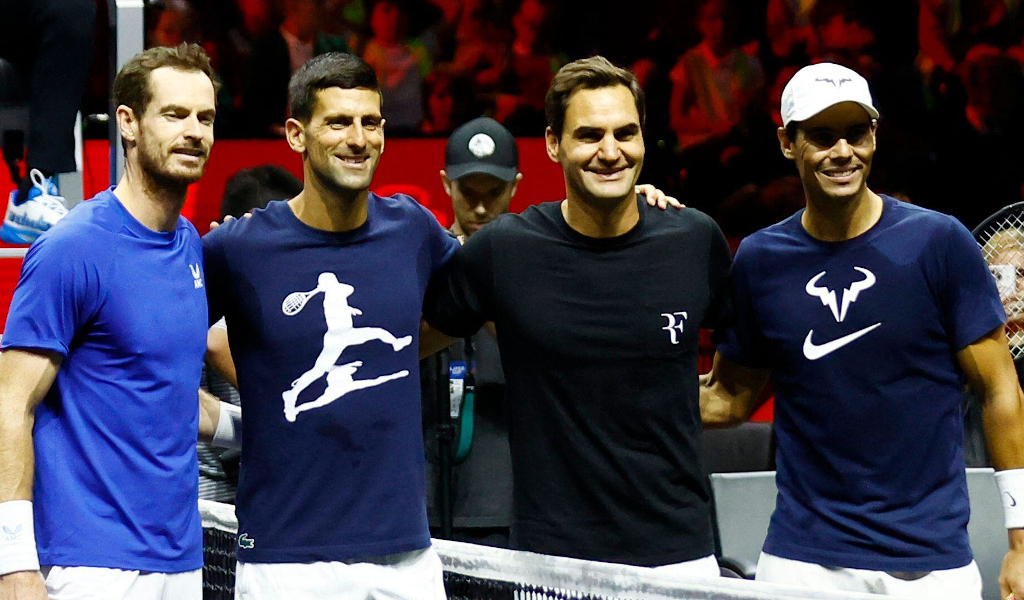 Rafael Nadal became a proud father on Saturday as his wife Mery Perello gave birth to a boy and it means he is now part of the fatherhood club of fellow Big Four members Roger Federer, Novak Djokovic and Andy Murray.

The couple, who tied the knot in October 2019, have remained tight-lipped throughout the pregnancy and they were not the ones to break the news with the honours going to La Zona 10.

Spanish publication Diario de Mallorca later reported: “Both the mum and her baby, born in the 37th week of her pregnancy.

Being a first-time father is always special and fellow tennis greats Federer, Djokovic and Murray have had a few years’ experience when it comes to being a parent.

Ahead of the Laver Cup in September where all four featured, Federer, Murray and Djokovic were asked to offer words of advice to Nadal during an interview with Hello!

Federer replied: “Embrace the moment. While you will always savour your Grand Slam wins and professional accomplishments, you will soon experience new emotions and celebrations on a greater level than you ever imagined through your family.”

We hope Nadal listened to Murray’s advice as he will not be getting much sleep from here on in.

“Get your sleep in now! It’s an amazing time in his life, he’s a relaxed and calm person, so he’ll be fine,” Murray said.

“I’ve found you need lots of patience, but it’s the best thing in the world and you can’t imagine your life without them.”

Djokovic said: “Just to keep an open mind and grow with the little one. So much we can learn from them! What a joy that journey is, I am looking forward to see Rafa and Xisca in their parenting role. Big congratulations from me and my family again!”

So in conclusion new emotions and celebrations, patience and an open mind are some of the key things that Nadal need to keep in mind.

The 22-time Grand Slam winner is yet to confirm if he will play in an ATP events during the remainder of the 2022 season, but he has announced that he will play five exhibition matches against Casper Ruud in Latin America in late November and early December.