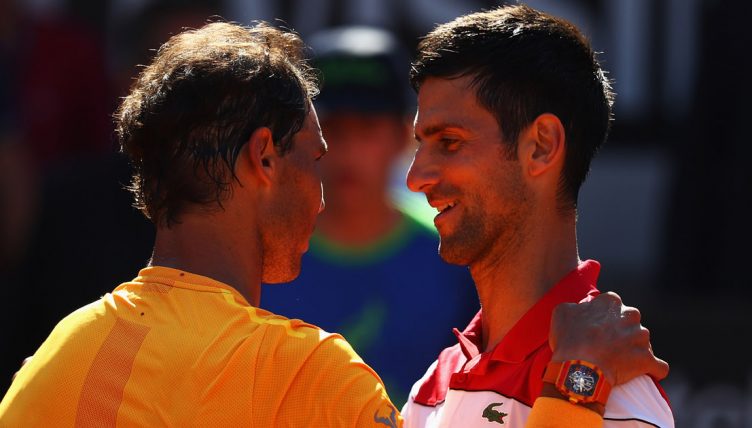 Rafael Nadal insists Novak Djokovic is still a top player and is a huge threat to his bid to win an 11th French Open title.

Djokovic has struggled to find his best form during a difficult spell following elbow surgery, but he showed glimpses of his old self at last week’s Italian Open before losing out to Nadal in the semi-finals.

That has seen his world-ranking plummet, and he goes into the tournament the 20th seed. However, Nadal says he the Serbian must not be taken lightly.

“Novak is one of the best players of our history of this sport,” said world number one Nadal, who has lost just twice in 81 matches at Roland Garros. “My answer is he’s not coming back, he’s there always.

“Sometimes when you come back from injuries it’s difficult to play that well from the beginning, but he played a great event in Rome, and is no doubt one of the candidates to win here.”

Nadal, himself only recently back from a hip injury, went on to win in Rome and begins his French Open campaign against Ukraine’s Alexandr Dolgopolov.

“I feel good,” added the Spaniard.

“Of course after a very tough beginning of the season, with two injuries in the same place, it’s true I came back and played well.

“I have played a lot of matches and had good success since I came back.

“But every tournament is different, and here we are to try our best, to have good days of practice before the tournament starts, and try to be very competitive for the beginning.”