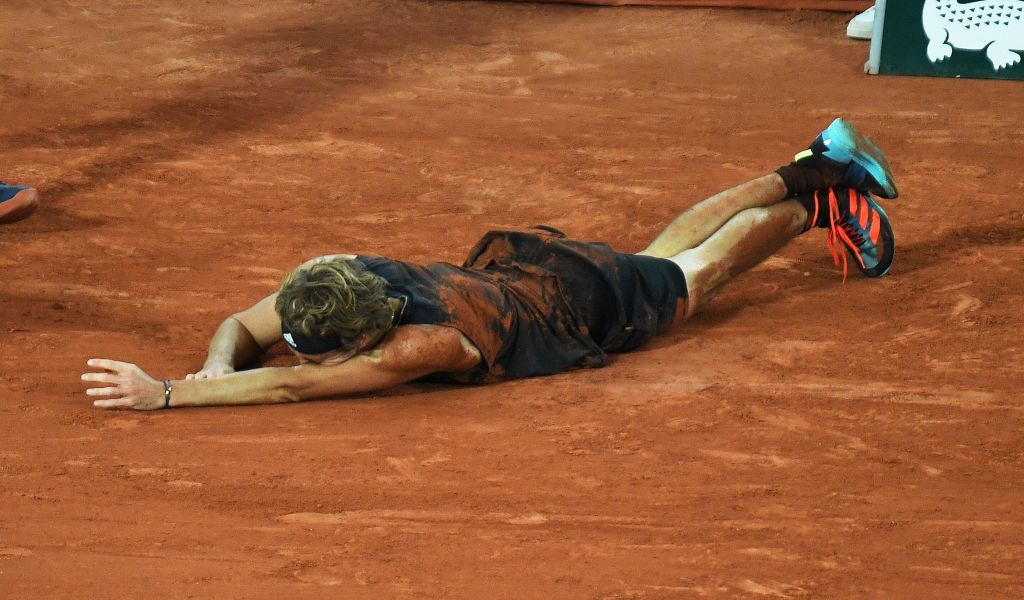 Alexander Zverev saw his chances of being crowned the new World No 1 in the coming weeks go up in smoke thanks to an injury that forced him to hand Rafael Nadal a spot in the final.

The pair engaged in an enthralling battle for the first set which Nadal eventually snatched at 10-8 in the tiebreaker.

In the second it appeared that we were headed for another tiebreaker but Zverev sustained an injury that forced him to retire due to at 7-6(8), 6-6 in what had promised to be a cracking match.

Zverev was out to become just the second German man to reach the Roland Garros final in the Open Era, joining 1996 runner-up Michael Stich.

Nadal had rallied from a break down in the first set to take the initiative.

He overcame an early siege from Zverev’s big guns; hanging on in points and somehow finding greater depth and weight on his groundstrokes.

Nadal saved four set points in the tie-break and battled back from 2/6 down to clinch a marathon first set after one hour and 31 minutes.

The 21-time Grand Slam titlist showcased his fighting qualities in the second set, again rallying from a deficit.

This time Nadal slipped to 3-5 down in the second before mounting a resurgence to force what would have been another tie-break.

However, Zverev could not continue after suffering a catastrophic injury to his ankle in the last point of the 11th game of the second set.

Following an extended medical break, the 25-year-old returned to court on crutches, before he hugged the Nadal and left the court to a standing ovation.

Nadal will be aiming to capture a 14th Roland Garros crown and record-extending 22nd Grand Slam title this Sunday.

If Nadal overcomes either Casper Ruud or Marin Cilic in the Roland Garros final on Sunday it will see him break a longstanding record held by countryman Andres Gimeno.

He stands to become the oldest men’s singles champion in the tournament’s history.

The World No 5 vanquished long-time rival Novak Djokovic in a 4-hour, 10-minute quarter-final epic that saw him improve to 29-30 in their head to head series and set up what was the 10th meeting with Zverev.