Rafael Nadal finally breaks silence after becoming a father: ‘We are very happy and everyone is very well’ 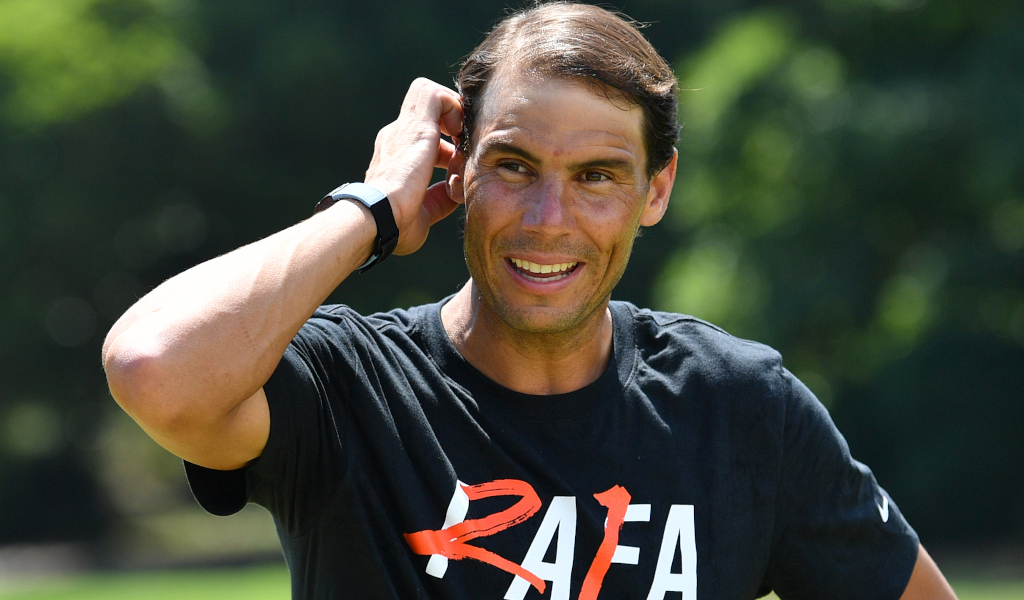 Rafael Nadal’s wife and their newborn baby are “very well” as the new father has finally taken to social media to thank his supporters for their well wishes.

The 22-time Grand Slam winner became a first-time father on Saturday after his wife Mery Perello gave birth to a baby boy in Mallorca.

Mum has been the word throughout the pregnancy with the family revealing very little over the past few months and they did not even break the news about the arrival of the baby with Diario de Mallorca reporting: “Both the mum and her baby, born in the 37th week of her pregnancy.

However, Nadal did take to Twitter on Thursday to thank fans and give a brief update about his family.

“Hello everyone. After a few days and many loving messages I just wanted to thank you all! ☺️ We are very happy and everyone is very well! A big hug 🤗” he wrote.

Nadal, who won this year’s Australian Open and French Open to become the first man to win 22 Grand Slam titles, is yet to confirm if he will play any official tournaments during the final few months of the 2022 campaign.

He was last in regular action on the ATP Tour at the US Open while he also competed on the opening day at the Laver Cup. He only played in Roger Federer’s farewell doubles match on the Friday before withdrawing from the remainder of the event to be with his wife ahead of the impending birth of his son.

The Paris Masters is the next major tournament on the calendar with the ATP Masters 1000 event starting on October 31 in Bercy while the ATP Finals, which Nadal has qualified for, runs from November 13-20 in Turin, Italy.

ATP Chairman Andrea Gaudenzi has admitted that he “doesn’t know” if Nadal will compete in the season-ending Finals, but he is hopeful that the Spaniard will play as “it’s the only important title missing from his resume”.

Nadal, though, has confirmed that he will play in an exhibition tour in South America and Mexico in late November and early December as he will play in five matches against Casper Ruud in Argentina, Colombia, Ecuador, Brazil and Mexico.