Rafael Nadal: I cried in Acapulco and in Australia 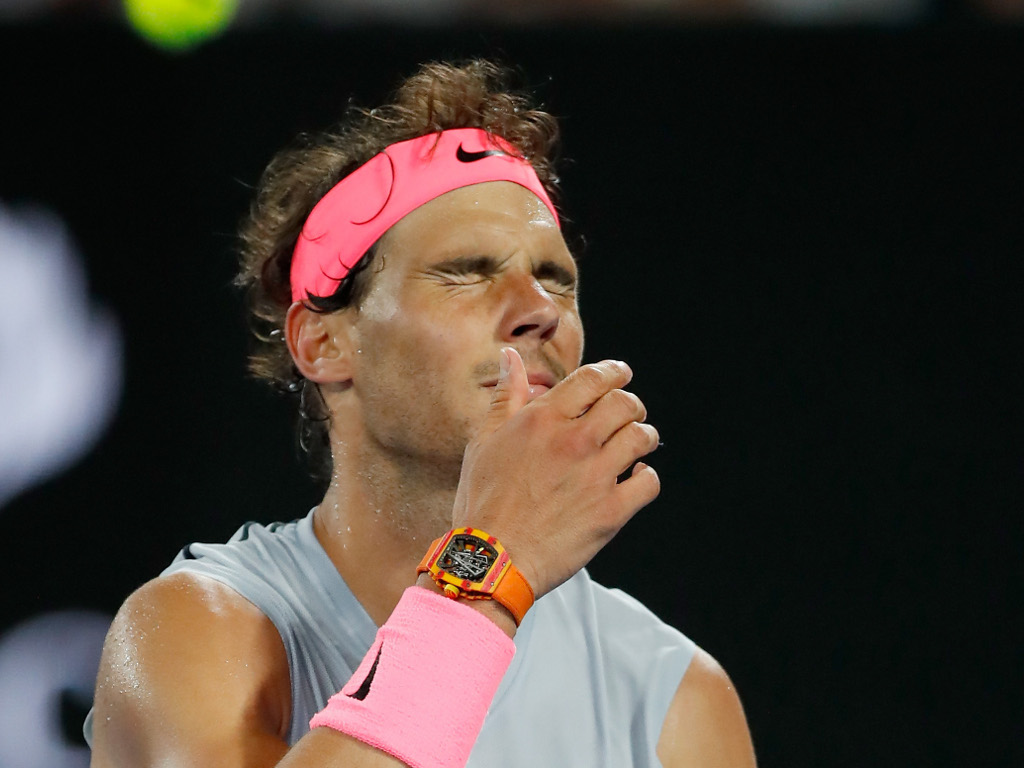 Rafael Nadal is on the mend, but he admits he would not have hesitated to play in fewer Grand Slams if it meant “suffering less pain” during the latter stages of his career.

After his resurgence in 2017 that saw him win the French and US Opens and finish the year as the world No 1, the start to 2018 has been a painful one for Nadal due to injury.

He was forced to retire during his Australian Open quarter-final clash against Marin Cilic with a hip problem and then also had to pull out of the Mexican Open with a similar issue.

Of course he has had a long history of serious injuries and he admits he it has been mentally and physically challenging.

“I would swap having played a Grand Slam for having suffered less pain,” he told Spanish media. “I think that throughout my career I have missed more tournaments than my rivals. I cried in Acapulco and in Australia… they are complicated moments, these injuries are the reality of an athlete.”

He added: “My dream is to be happy, the most important thing is being healthy and being with people I love.

“After, I can keep playing tennis as much as I can.”

The 16-time Grand Slam champion has now recovered and is expected to make his comeback during the Davis Cup tie against Germany in Valencia this weekend.

“What I do not know is if I’ll play on Friday, let’s see how the week goes,” he said. “I am very excited and I hope to respond well physically because it has been complicated for five months now.”