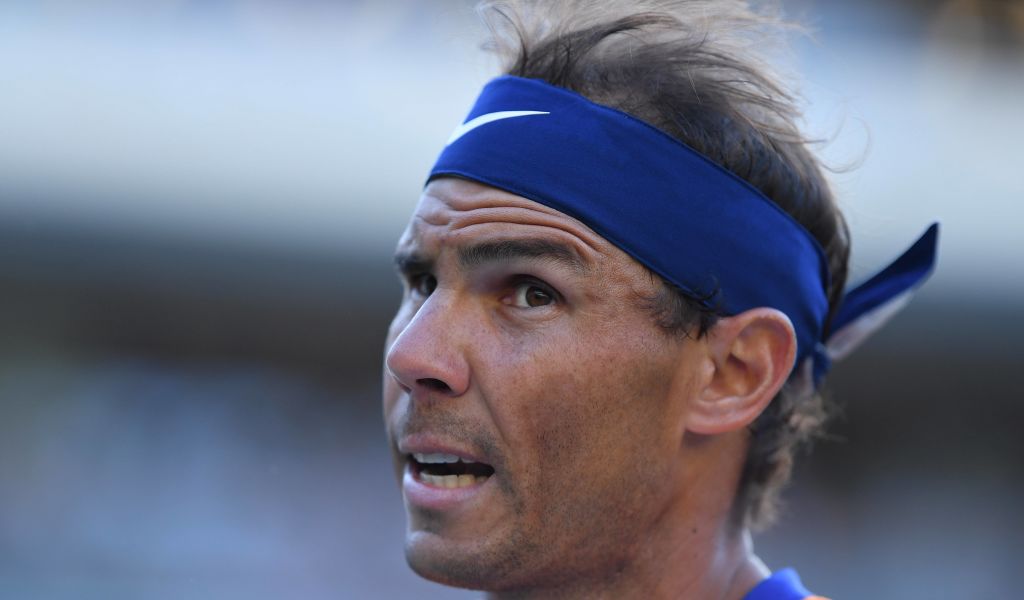 As Rafael Nadal declared his intention to play in the Mexican Open last month, more than a few eyebrows were raised.

After his remarkable triumph in the Australian Open the previous month, the Spanish icon who admitted he feared he was close to retirement due to his ongoing foot problem was expected to take time away from the game to allow his weary body to recover.

At the age of 35 and after not playing matches at a competitive level for several months ahead of his heroics in Australia, his experience should have told him that putting too much strain on his body was a mistake that would cost him dearly.

Yet Nadal collected the huge appearance fee on offer and put himself on the entry list in Mexico, duly beat world No 1 Daniil Medvedev en-route to winning his third tournament of what has been a remarkable 2022 for the 21-time Grand Slam champion.

A week of practice ahead of the Indian Wells ATP 1000 event followed and when news emerged to confirm that Nadal was pulling out of the Miami Open that gets underway this week, it was clear that his body was calling time on his short-term ambitions.

That before Nadal continued his remarkable form to reach the final of the Indian Wells event, sealing some big wins in draining matches in the Californian desert.

Yet by the time he took on Taylor Fritz in Sunday’s final, mother nature had called time on Nadal’s winning form as a mysterious injury affecting him in a match he would lose while displaying huge discomfort for long periods.

Now it has emerged that Nadal will miss a big chunk of his beloved clay season after being ruled out for between four and six weeks with a stress fracture of his rib suffered in Indian Wells.

The Australian Open champion sought treatment during his semi-final victory over Carlos Alcaraz and complained of breathing problems and sharp pain after a straight-sets defeat by Taylor Fritz in the final on Sunday, his first loss of the season.

Writing on Twitter, Nadal said: “Hello everyone, I wanted to announce that I have returned to Spain and I immediately went to visit my medical team to do the tests after the Indian Wells final that I played with discomfort.

“As it turns out, I have a stress crack in one of my ribs and will be out for four to six weeks. This is not good news and I did not expect this.”

The news is a big blow to the 35-year-old, who had already chosen to sit out the Miami Open over the next fortnight with the aim of continuing his stunning form on clay.

But he will almost certainly miss the Monte-Carlo Masters and the Barcelona Open, tournaments he has won 11 and 12 times respectively, and he could also be forced to skip the Madrid Open at the beginning of May.

That would leave him with only the Italian Open in Rome to get ready for the French Open, where he will aim to wrest back the title from Novak Djokovic and lift the trophy for a 14th time.

Nadal did not attempt to hide his disappointment, saying: “I am down and sad because after the start of the season I have had such a good time. I reached a very important part of the year with very good feelings and good results.

“But I’ve always had that fighting and overcoming spirit and what I will do is be patient and work hard after my recovery. Once again I thank everyone for the support.”

Nadal knew before his match against Fritz last Sunday that he had an injury that would make it hard for him to compete, yet he refused to pull himself out of the match.

Then, after losing the first set of the final, he had another opportunity to accept this was not the moment for him to roll the dice ahead of his push for a 14th French Open title in May. Instead, he refused to take the sensible route and fight on before an inevitable defeat.

We will never know if his battling display in the second set against Fritz aggravated the injury, but Nadal will no longer be in a position to push to secure one of the top two seeded for the second Grand Slam of the year, avoiding a potential clash with old foe Novak Djokovic until the final.

Nadal’s eagerness to continue his stunning run of form got the better of him as took on too many tournaments by playing in Mexico and one too many matches in the final against Fritz.

Now we wait to see how damaging those decisions will be over the rest of 2022.