Rafael Nadal news: Spaniard focusing on his own game instead of Grand Slam record 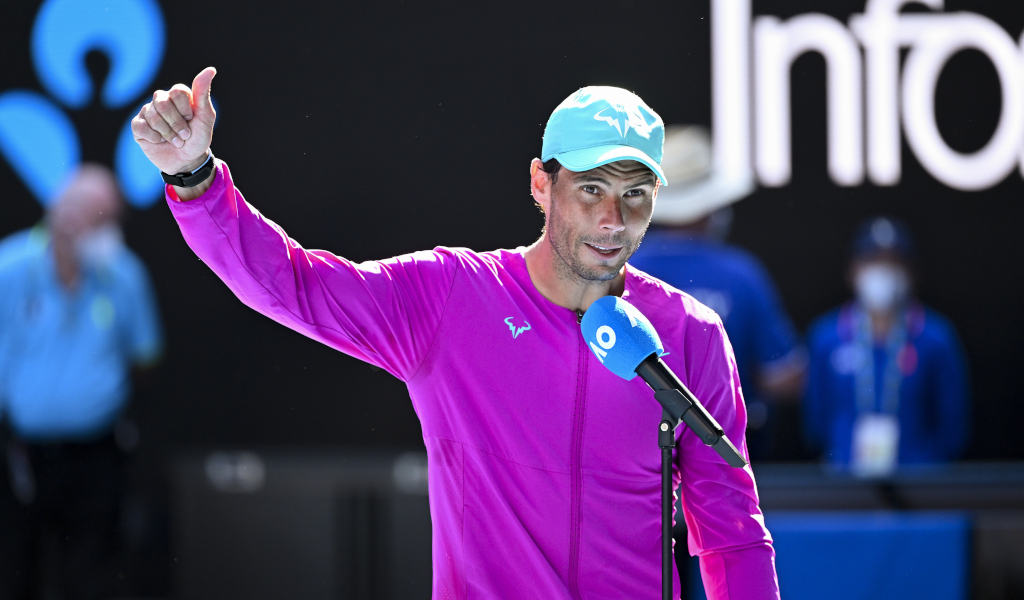 Rafael Nadal has revealed he is unperturbed about breaking the Grand Slam record, saying he is more focusing on his own game.

The Spaniard his tied with his great rivals Roger Federer and Novak Djokovic on 20 Grand Slams and the eternal debate in tennis is around which of the Big Three will end up with the most majors.

While Federer and Djokovic are absent from this year’s Australian Open, Nadal finds himself two wins away from taking the lead in the race.

Djokovic was deported from Australia after his visa was revoked by the country’s federal government over his refusal to be vaccinated against Covid-19, whilst Federer is recovering from a series of knee operations.

Nadal booked his place in the semi-final Down Under at Melbourne Park with a marathon five-set win over Denis Shapovalov.

The Spaniard was asked about the Grand Slam record after his win and replied: “I don’t hope (for) anything. I just keep going, in terms of what can happen in the future, honestly I really don’t care that much.

“I’m not going to be frustrated if Novak or Roger finishes the career with more Grand Slams than me, no? I mean, let’s enjoy the situation that we did, every one of us, we did very special things in our sport.”

Nadal will face the Italian Matteo Berrettini in the semi-finals on Friday.