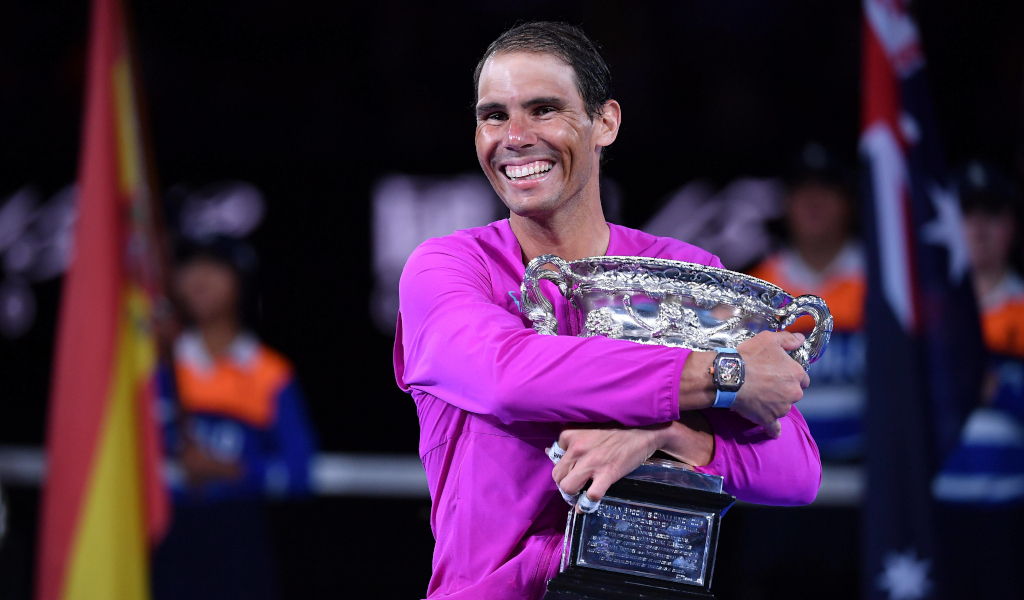 Rafael Nadal had a very expensive timepiece on his arm when he won the Australian Open title with the Richard Mille watch worth a cool $1m (roughly £741,000).

The 21-time Grand Slam winner has long and very successful relationship with the luxury watchmaker as he has been a brand ambassador since 2010.

And on Sunday he donned the $1m Richard Mille Rafa RM 27-04 Tourbillon – a replica of the watch he wore when he won a 13th French Open title at Roland Garros in 2020.

According to the Richard Mille website, the watch is the “RM 27-04 Manual Winding Tourbillon Rafael Nadal” and it was launched in 2020 to mark the “10th anniversary of the partnership between Rafael Nadal and Richard Mille”.

The Swiss company was quick to congratulate the new Grand Slam record holder after he beat Daniil Medvedev at Rod Laver Arena.

The watch has a blue strap, black case, and orange crown and it weighs a mere 30 grams (one ounce).

The website adds that “the baseplate and bridges are crafted from grade 5 titanium, a biocompatible, highly corrosion-resistant and remarkably rigid alloy, which guarantees the perfect functioning of the gear train”.

The case is made from Richard Mille: TitaCarb® high-performance polyamide that has been reinforced with up to 38.5% carbon fibre.

If you have $1m in spare change and are interested in buying one, be warned there are only 50 pieces available and can only be bought at Richard Mille boutiques.