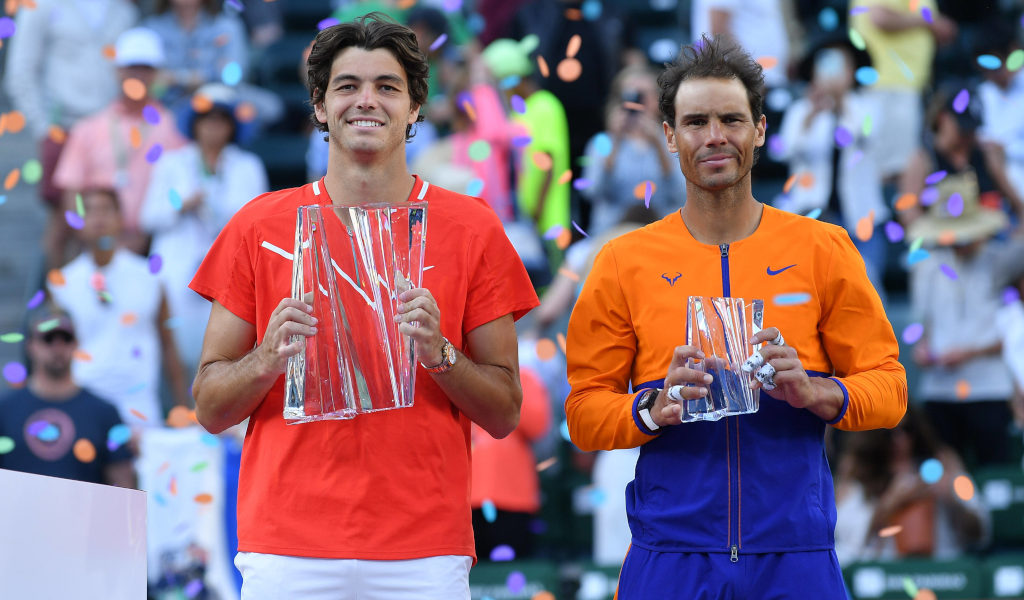 Fritz powered to a 6-3, 7-6(5) victory to win his second ATP Tour trophy in a little over two hours to give himself an enormous boost.

Coming into the final with a nagging ankle injury, Fritz showed no signs of the niggle that nearly forced him out of the championship match.

“I can’t even begin to describe how ridiculous it is that I was able to play how I could play today,” said Fritz, choking back tears after fulfilling his childhood dream of winning in his native Southern California. “I’ve never experienced worse pain in my life before a match.

“We did a lot of work leading up to the match and I went through a roller coaster of emotions before the match, from thinking there was no way I could possibly play to then doing all this work on the ankle, doing so much stuff to it…. I came out here and it didn’t really affect me at all.”

Fritz is understood to have ignored the advice of his team in going ahead with the match.

“All three of his team, me, Mike Russell and [fitness trainer] Wolfgang Oswald all said ‘Do not play this match.’ He said ‘I am playing. I can do this. I want to get out on the court with Rafa and see if I can overcome,’ ” Coach Paul Annacone said.

Fritz, playing in his first Masters 1000 final, became the first American man champion to claim the Indian Wells title since Andre Agassi in 2001 and the youngest men’s champ since Novak Djokovic in 2011.

Rafael Nadal believes fellow Spaniard could be an ‘amazing champion’

“I’m going to have to hold back tears for every single interview I do, every single on-court speech,” Fritz added.

“This is going to be tough because I’m such a happy crier.

“Winning this tournament especially, Indian Wells, this is one of those childhood dreams that you just never think can come true. I just keep saying, ‘No, no. Just no way it’s real.’ ”

This was Fritz’s first win in nine matches against the ‘Big Three,’ levelling his ATP Head2Head record at 1-1 against Nadal.

“I’ve lost these matches against the big guys my whole life,” he said. “It’s always felt like they were just unbeatable. So to do it on the biggest stage, there’s no other way. To win a big title, you’ve got to beat the best. He was unbeaten this year.

“I hope he’s OK. Obviously there’s some stuff going on. I can’t imagine how the body is feeling after 20-something matches.”