Rafael Nadal: Rivals are not scared to play me on clay 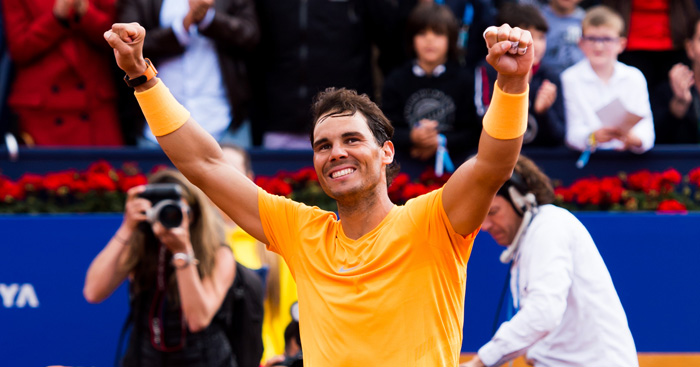 Rafael Nadal reflected on yet more success on clay before declaring that his rivals are not afraid to face him on clay.

The Spaniard has won both the Monte Carlo Masters and Barcelona Open in the last two weeks, both without dropping a set, and has been cited as a possible reason why Roger Federer has decided to skip clay court season.

However, he insists it is nonsense to suggest his rivals are running scared of him.

“I don’t think opponents are afraid of me,” he said. “In 2015 there wasn’t any fear scenario and I had won eight or nine times here and at the Roland Garros.

“What makes you win is to play well, which makes opponent have more respect. It has a close deadline. My goal is to continue at this level.”

Nadal will now look to further preparation towards the French Open, and knows he can’t take his foot off the gas right now.

“It’s a part of the year where you can’t stop,” he added.

“I will take a rest for two days and on Wednesday I will be back to train.

“I have to enjoy these moments because they are unique feelings that I know I won’t live forever.

“Let’s not forget that I am coming from a injury, I didn’t compete for many months and it makes this success even more special.”