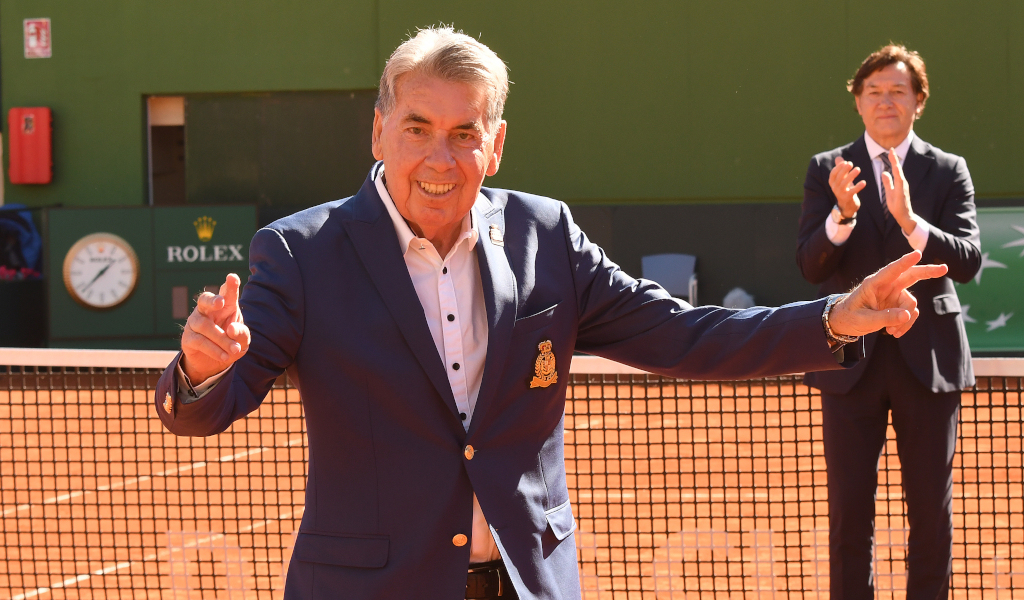 Rafael Nadal and Simona Halep are some of the tennis stars who have paid tribute to Manolo Santana after the Spanish legend died at the age of 83.

Santana, who competed from 1956 until 1977, is considered by many Spanish tennis players as the man who paved the way for them.

Santana, who was inducted into the International Tennis Hall of Fame in 1984, also won the French Open men’s doubles title in 1963 and three Davis Cup titles with Spain.

He is second behind Nadal in terms of most men’s Grand Slam titles won by a Spaniard.

“Just received the terrible news of the passing of our great Manolo Santana,” 20-time major champion Nadal wrote. “As I have said many times in the past: thank you so much for what you did for our country and for setting the path for so many. You were always a reference, a friend and a close person to all.

“We will miss you Manolo; you will always be unique and special.”

“We lost a tennis legend and a great, kind man today,” the former women’s world No 1 wrote.

Great Britain’s tennis doyen Judy Murray also paid tribute to the “genius with a racket” after Feliciano Lopez wrote: “Manolo Santana has left us impossible to explain the emptiness you leave… Thank you for being the pioneer and guiding the path of all those who came after and for helping me and believing in me always. I will never forget it.”

So sad. A genius with a racket and the most charming company.

The great Manolo Santana has passed away.

He & I won our 1st #Wimbledon singles titles in 1966 (he was the first Spanish man to win the title). We danced the 1st dance at the Ball.

He loved the sport, & we shared many conversations over the years.

Condolences to his family. pic.twitter.com/spGkz300m1