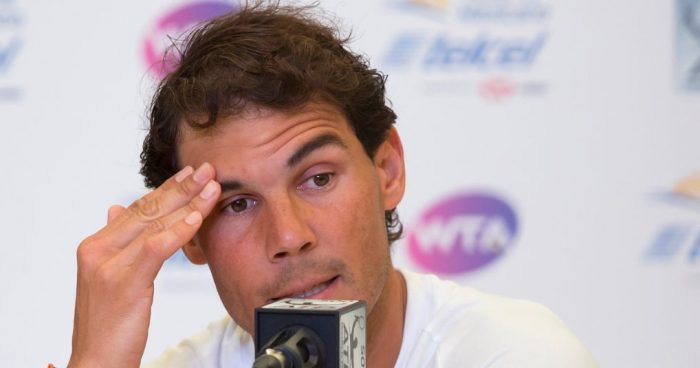 World No 2 Rafael Nadal’s injury woes continue after he was forced to withdraw from the Mexican Open with a leg problem.

The 16-time Grand Slam winner hasn’t played competitive tennis since he retired hurt with a hip injury during the Australian Open quarter-final, but he declared himself fit to compete in Acapulco.

Earlier this week he stated “I feel recovered from what happened in Melbourne”, adding that he is “ready to compete”.

However, just one day before he was due to face fellow Spaniard Feliciano Lopez, he revealed doctors told him not to play.

“Doctors have told me that it is impossible to play, regardless of whether it hurts,” he is quoted as saying Reuters. “There is a significant risk of increasing the injury and I have no choice.

“I was well prepared to play and I had hopes of doing something important here.”

He added: “I still don’t know what it is, because we don’t know. It seems it’s not as bad as what I had at the Australian Open.

“Now my main goal is to find out the extent of the injury.”