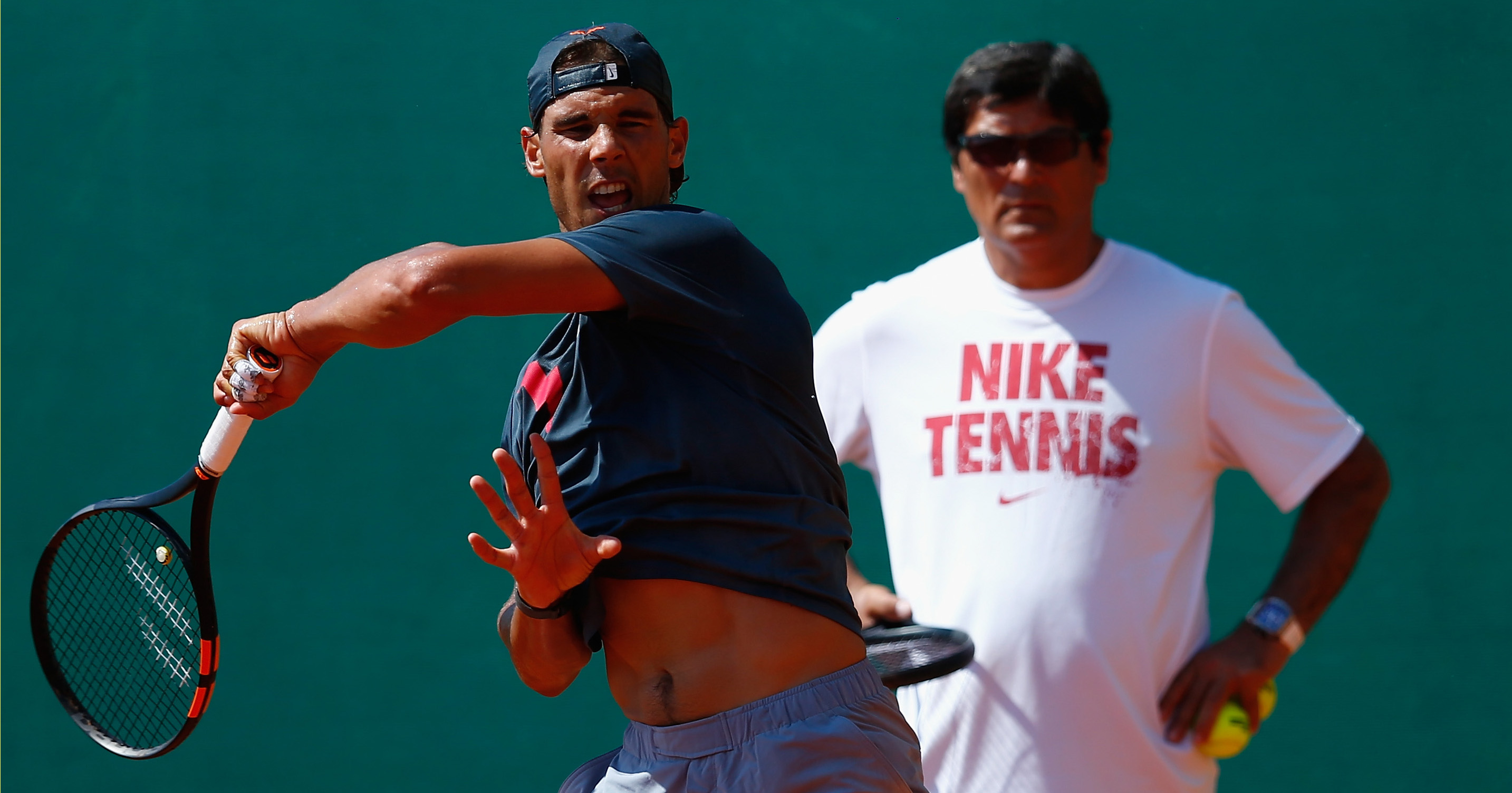 Search for Rafael Nadal videos online and you’re just as likely to find one of him showing off his football skills as you are anything else.

The Majorca-native’s affinity with football is very well known, and he was a no-brainer to be included in Tennis365’s feature this week on which football clubs hold the hearts of the biggest tennis stars in the game today.

Legend has it, of course, that Nadal himself came close to turning his back on tennis as a youngster and pursuing a football career instead.

“Tennis was the game at which I excelled, even if I enjoyed football as much, or more,” he wrote in his autobiography. “I enjoy football, but that’s for fun.”

But did he have the potential to truly make it in football?

“You never know that, because football is not an individual sport, it’s a team sport and there are a lot of factors that do not depend on yourself. Obviously, he had a lot of qualities and abilities, and he still does.”

Those are the words of perhaps the best person to judge: Miguel Angel Nadal, the “Beast of Barcelona”, Rafa’s uncle, the man who has ensured Rafa has been close to football all his life.

“He was a kid who loved to play any kind of sport,” remembers Miguel Angel.

“Even at midnight he didn’t want to stop. Being the first nephew that I had, and the first grandson for his father, he was always a centre of attention.

“He was a little kid who got on with everybody, a very open little kid, and he loved to play football and to watch football.”

The similarities between Miguel Angel and Rafael Nadal are certainly striking.

Miguel Angel is perhaps best known for his penalty miss in the quarter-final shoot-out which saw Spain crash out to hosts England at Euro 96, but that’s not what rankles with him.

It’s that nickname, “The Beast of Barcelona”, bestowed upon him by a press who were unable to see past his raw physical strength and ended up defining him by it. A fate, perhaps, that seems all too familiar to Rafael and may have even provided the motivation for his finesse-fuelled return to prominence in tennis.

“Before I played in the European Championship with the national team in 1996,” Miguel Angel recounted, “the English put in the newspaper that I was the ‘Beast of Barcelona’.

“That sort of nickname was not right. I was known in Spain as somebody who played elegantly from defence, not dirty at all.”

Rafael agrees: “Miguel Angel was not rough,” he said in 2005. “He was a technical player. I used to go to the stadium all the time to see him when he played for Real Mallorca. And I kicked a ball in the garden with him lots of times.”

So what of the young Rafa Nadal, and just how close did he come to making what surely would have been a horrific decision on his sporting future?

“We had a good team,” he recalled of playing youth football.

“I was a striker, and we won an inter-league championship. I spoke with Miguel Angel sometimes when he played football. We have a very good relationship.”

Miguel Angel also reflected Rafa in his talents – and passions – too. They simply choose different paths.

“I used to play tennis until I was 15,” he said. “In fact everybody thought I would play tennis instead of football. I always liked tennis more than football.”

But while Miguel held Rafa’s admiration, it was another of his uncles who held the true influence.

Toni Nadal needs no introduction to tennis fans and with good reason. Unquestionably the force behind Rafa’s rise to prominence among the game’s all-time greats, not just his contemporaries, Toni’s influence is etched on Rafael Nada for life. 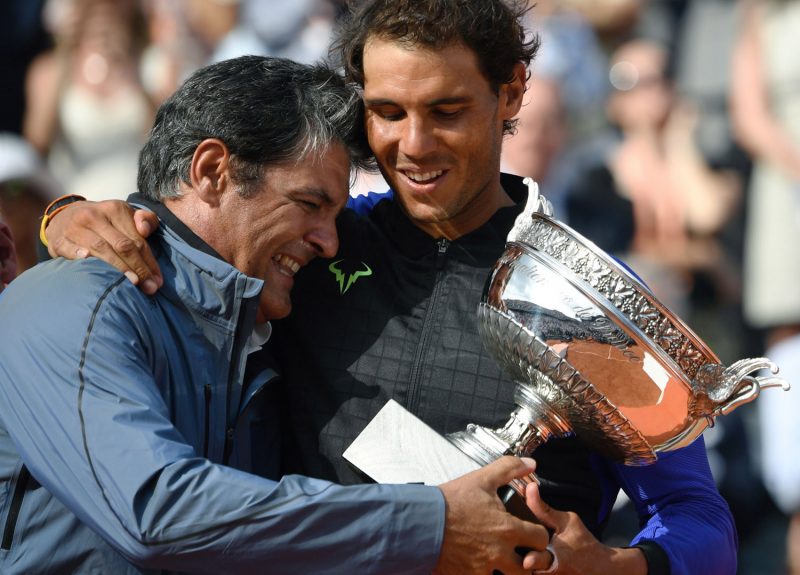 “My uncle Toni was the resident coach at the tennis club in our home town, Manacor,” Nadal wrote in his autobiography. “The clubhouse was what you’d expect in a town of barely 40,000 people: medium-sized, dominated by a restaurant, with a terrace overhanging the clay courts.

“One day I joined in with a group of half a dozen children Toni was teaching. I was already crazy about football, playing on the streets with my friends every spare moment my parents let me.

“Toni was tough on me right from the start, tougher than on the other children. He demanded a lot of me, pressured me hard. He’d use rough language, shout a lot, he’d frighten me.

“Toni never let up. Once I started playing competitive games, aged seven, it got tougher. One very hot day I went to a match without my bottle of water. I’d left it at home.

“He could have gone and bought me one, but he didn’t. So that I’d learn to take responsibility, he said.” 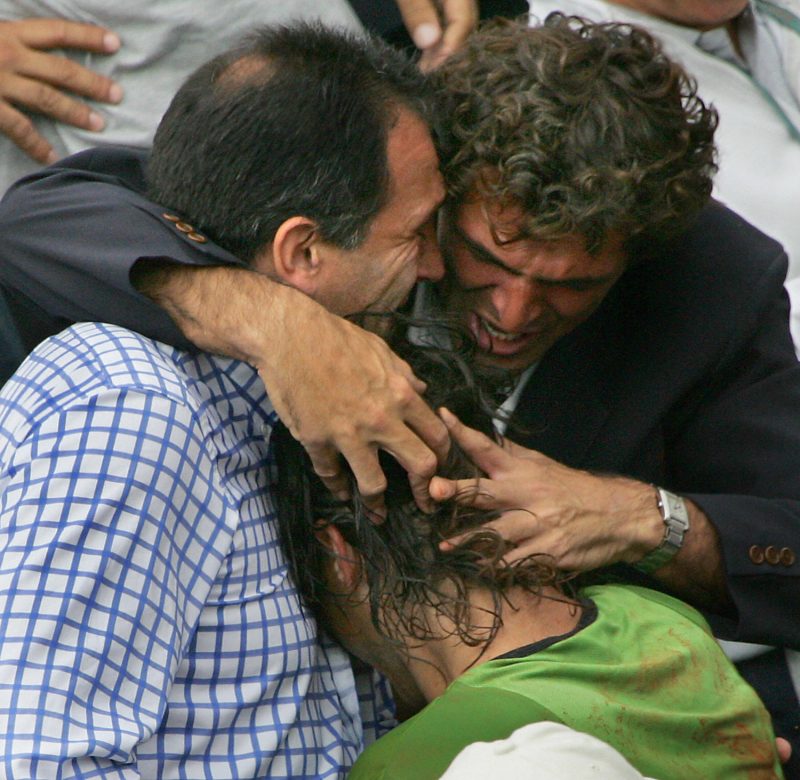 “[But] we had plenty of success. If he hadn’t made me play without water that day, if he hadn’t singled me out for especially harsh treatment when I was in that group of little kids learning the game, if I hadn’t cried as I did at the injustice and abuse he heaped on me, maybe I would not be the player I am today.”

How about the future, though? Will Rafael Nadal end up in football regardless?

“You never know what can happen,” he has said. “Everyone knows I’m passionate about football and Real Madrid is my team.

“Talking about it now is a utopia, but if you ask me, of course I would like to be president [of the club].”

Perhaps not the career in football that Barcelona legend Uncle Miguel had planned!