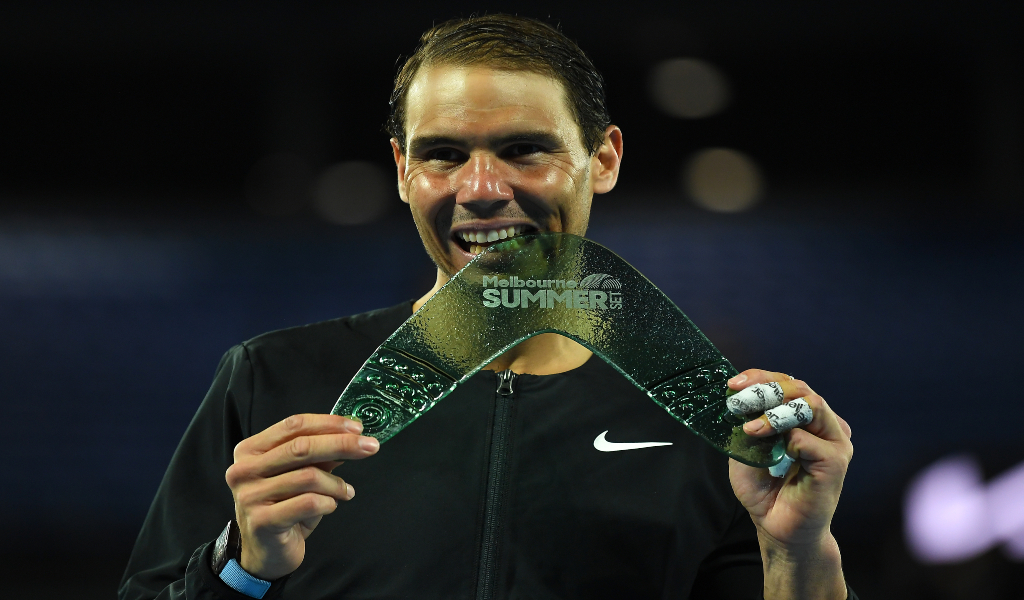 Rafael Nadal secured victory at the Melbourne Summer Set by defeating French-American Maxime Cressy in straight sets in a perfect warmup for the Australian Open.

He beat the American qualifier 7-6(6), 6-3 in an hour and 44 minutes in the final of what was his first competition in five months, his last being the Washington Open in August 2021.

Before travelling to Australia, Nadal’s plans were up in the air and it was unsure when he would start his season due to his long-standing foot injury and he tested positive for Covid-19 on December 20 upon returning from the Mubadala World Tennis Championship in Abu Dhabi, which cut his training short.

However, he showed no signs of weakness at this warm-up event as he managed to see off Lithuanian Ricardas Berankis and Emil Ruusuvori from Finland earlier in the week, before clinching the 89th trophy of his career.

But the final was far from plain sailing for the world No 6 – Cressy, who made his ATP Tour final debut, saved five break points in a close set and was denied a set point in the tie break.

Although Nadal had to comeback from being broken in the third game of the second set, ultimately the 13 time French Open champion came away with his first title in Australia in 13 years which puts him in good stead ahead of the season opening Grand Slam which is just over a week away.

It’ll be by no means easy for the Spaniard who has been battling injury over the past few months but this win has certainly put him in the mix to come away from Australia with more silverware, especially if rival Novak Djokovic isn’t allowed to play in the Australian Open.

This win at the Melbourne Summer Set means that Nadal maintains his run of achieving at least one tour-level title every year for the past 18 years.