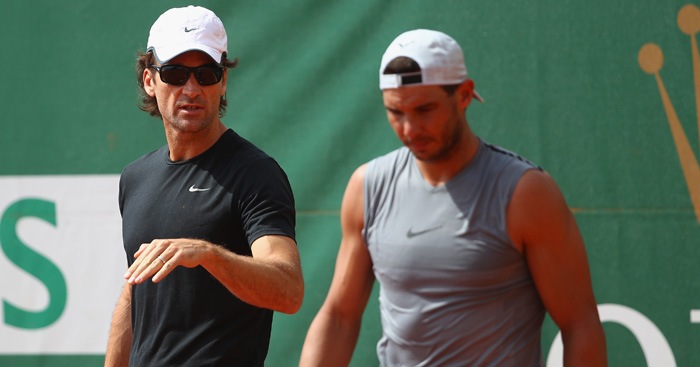 Rafael Nadal is in such good form he wishes Roland Garros was next week, says his coach Carlos Moya.

The world number one has been in imperious form on clay of late, winning the Monte Carlo Masters and powering through to the Barcelona Open quarter-finals without dropping a set.

Coach Moya, though, is hoping his form on clay holds up until the French Open, saying: “If Roland Garros was next week, it would be perfect for us.

“We are not afraid of that. We know that there are tournaments during this time and we are going to face them all with enthusiasm.”

Nadal needs to win the Barcelona Open to retain his world number one spot, but Moya has warned that could become a distraction for his player.

“For us, right now, this is secondary,” Moya added.

“The idea is to retain the number one. He could do so if he wins in Barcelona but in Rome, he has the opportunity to add points.

“If he does well in Rome, I can see him staying as the number one. And if he keeps playing like this, I think so too.

“In any case, the no. 1 is a consequence of training and playing well, of being healthy and of resting. We give much more importance to that. We know that if all these are done well, the no. 1 ranking will follow. Now we are focused about Barcelona.

“We will go week-to-week because we know that Paris is on the horizon.”