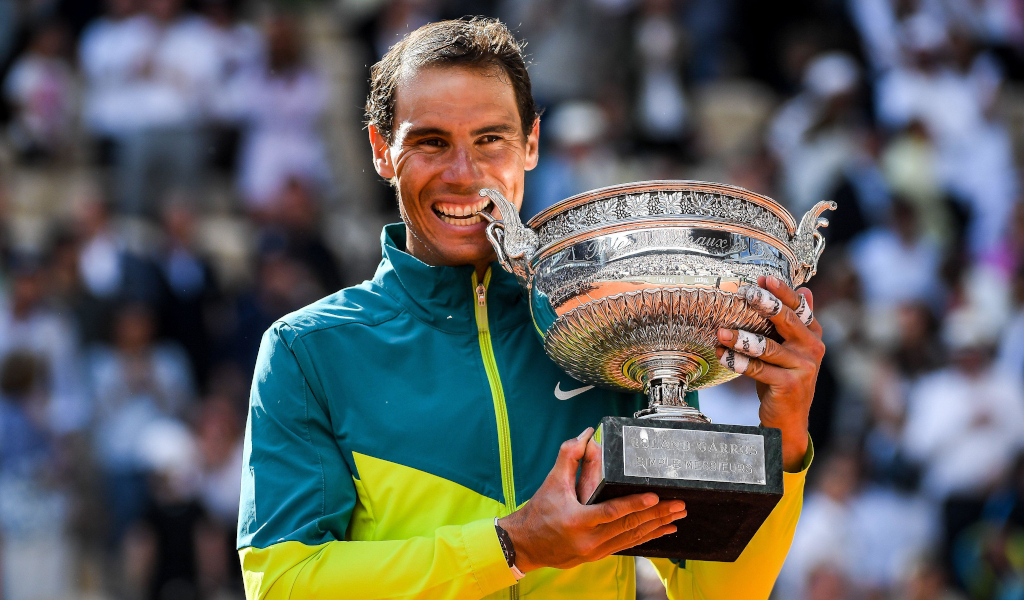 Rafael Nadal followed up the Miracle of Melbourne with Perfection in Paris as he brushed aside Casper Ruud in the Roland Garros final to win a record-extending 14th French Open and a 22nd Grand Slam.

The win also sees him become the oldest French Open champion at 36-year-old while he has taken another firm grip on the greatest player of all time title.

Playing in his 14th final in Paris against a man competing in his maiden Slam final, Nadal was relentless and never really looked like he would lose out on career-title No 92, winning 6-3, 6-3, 6-0 in two hours and 18 minutes.

The Spaniard made a customary blistering start as he raced into a 2-0 lead with a break in game two, but Ruud pegged him back immediately as he broke back with Nadal his own worst enemy with two double faults.

But the Norwegian’s joy was short-lived as he lost serve immediately again and from then on it was a comfortable set for Nadal as he served it out in 51 minutes.

After a tight hold in the opening game of the second set, Ruud finally started to settle and started to go toe-to-toe with Nadal. It paid off as he broke to love as Nadal sent down a double fault at 0-40.

But the Norwegian was unable to consolidate that break as Nadal broke back immediately as he won four games in row, courtesy of two more breaks, and made hay while the sun was shining in Paris to take the second set after 57 minutes.

It was a mountain to climb for Ruud after that as Nadal had lost only two out of 238 matches in Grand Slams after going two sets to love up, with 91 of those wins coming at the French Open. In fact, he was 12-0 in major finals and 8-0 at the French Open.

Five games in a row quickly became 10 games in a row as Nadal turned on the style and crushed any hope that the Norwegian had of taking it to five sets.

Ruud came out to serve to stay in the match at 0-5, but it wasn’t too long before Nadal had a two Championship points. The Spaniard was tight as he sent a shot wide on the first match point, but there was no mistake on the second one as he went down the line to wrap up yet another title at Roland Garros.

He now finds himself two titles ahead of his great rivals Roger Federer and Novak Djokovic in terms of most majors won in a row as he followed up his Australian Open title with the French Open crown, cementing his status as the King of Clay once again.