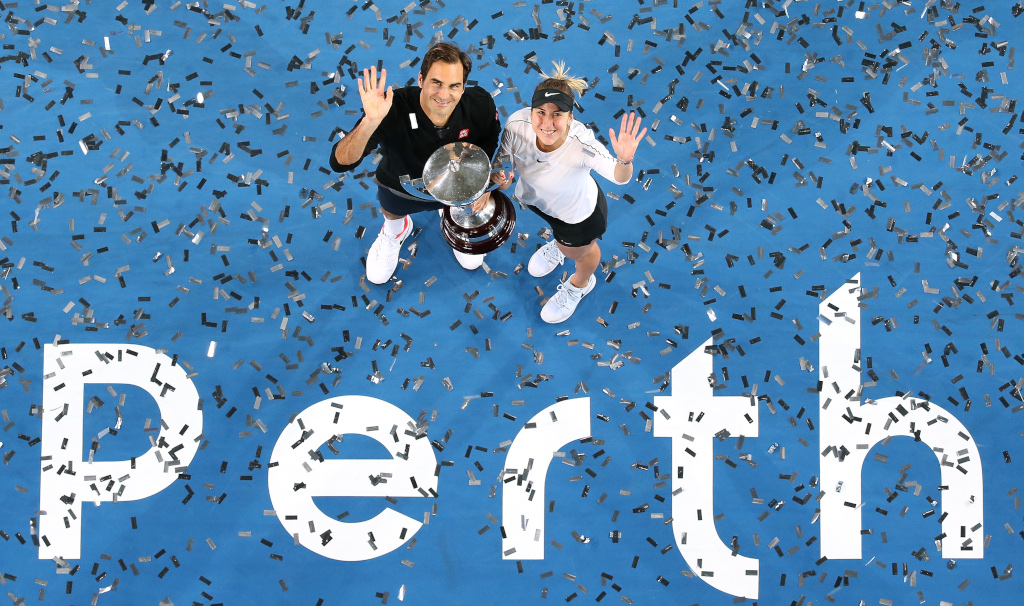 Switzerland have won the Hopman Cup for a fourth time after Roger Federer and Belinda Bencic successfully defended their title.

In a repeat of the 2018 final, Federer and Bencic got the better of German pair Alexander Zverev and Angelque Kerber as they once again won the tie 2-1.

Federer got Switzerland up and running as he brushed aside Zverev with a 6-4, 6-2 victory in the opening rubber of the day.

In Australia, @rogerfederer has now won 22 singles matches in a row.

Kerber then produced a commanding display as she drew Germany level with a 6-4, 7-6 (8-6) win over Bencic in one hour and 31 minutes.

An enthralling battle between Kerber and Bencic ends in Germany’s favour. #HopmanCup pic.twitter.com/62Rz7GlxjK

It meant the mixed doubles would decide if the title was staying in Switzerland or going to Germany.

And it was Federer and Bencic who held firm as they won 4-1, 1-4, 4-3 (5-4) to become back-to-back champions with Federer winning a record third title.

“I am happy I was able to maintain the good, high quality tennis I showed all week,” he said.

“It is good to finish on a singles performance like this, I was able to come up with some good serve and volley and it all worked out today.”