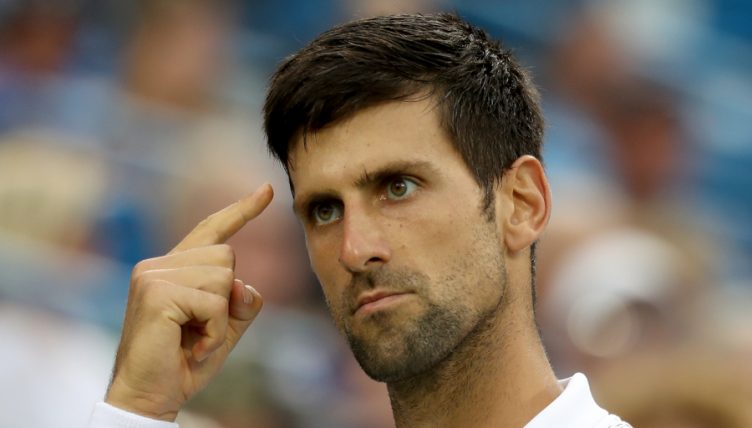 It is the final that the Western & Southern Open organisers would have dreamed about at the start of the week as Roger Federer and Novak Djokovic will square off in Sunday’s showpiece match.

Seven-time champion Federer came through his match against David Goffin without having to reach top gear as the Belgian retired midway through the second set.

Federer didn’t have it all his own way, though, as there were no breaks of serve in either set.

“I realised that he was not serving very big,” Federer said. “But it was only after he was treated that I knew something might be wrong.

“I could see that he was unhappy, but I thought he was going to play on.”

The Cincinnati title is the only ATP Tour Masters 1000 trophy missing from Djokovic’s trophy cabinet.

Cincy dreamin’ 🙌@DjokerNole storms into his 6th #CincyTennis final with a 6-4 3-6 6-3 victory over Marin Cilic. pic.twitter.com/MG3cGMASpD

He required more than two hours and 30 minutes to see off the Croatian.

Djokovic broke once in the first set, but Cilic raced into a 3-0 lead in the second set and then consolidated his lead with another break in game six before the 10th seed claimed one break back.

After a break each early in the decider, Djokovic all but wrapped up the match when he broke in game eight as he duly went on to serve it out in the next game.

“It’s been a difficult week with rain delays and all that was happening. I’ve been down in my last three matches but I’ve come back.”