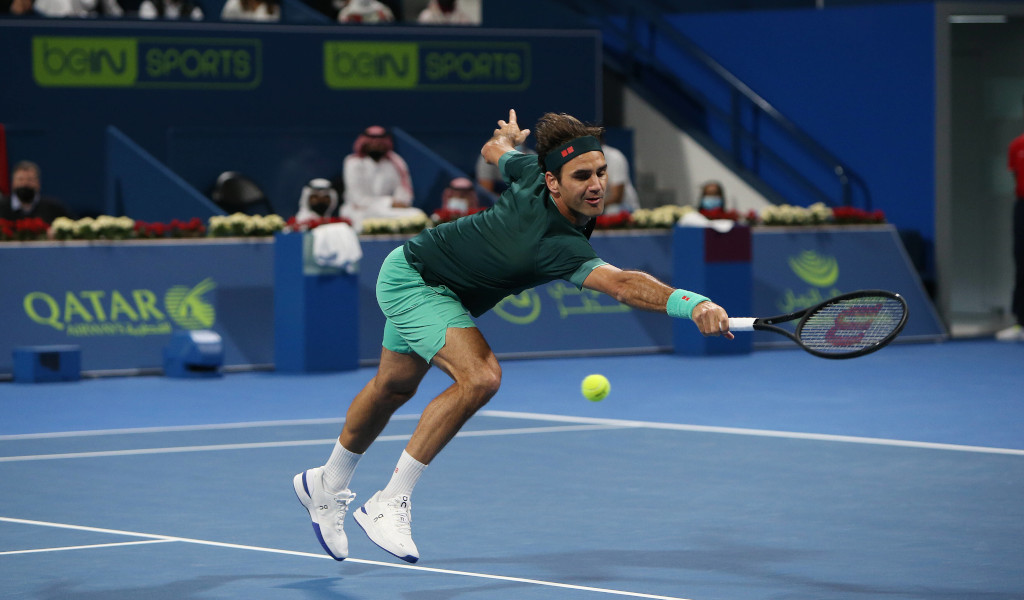 It was almost as if the last year had not happened.

For nearly two and a half hours glorious hours, Roger Federer was beamed back into our lives as he made his comeback against Britain’s Dan Evans in Doha, with the expectation around his return to action for the first time since the 2019 Australian Open ensuring this was one of the most eagerly anticipated tennis events of the year.

He may be 39, he may be in the final chapter of his glorious career, but this was still the great Federer playing competitive action once again and amid his 7-6 (10-8), 3-6, 7-5 victory, there was more than enough to suggest 2021 could serve up a few final hurrahs in the great man’s career.

Rustiness was to be expected as he returned to action after so long out and with knee surgery adding to the miles his body has absorbed amid his well-travelled sporting career, yet we didn’t see too much of it against an opponent who has a record of giving top-ranked players real trouble, with the final flourish producing a reaction that would not normally befit a 20-time Grand Slam champion winning his second round match in an ATP 250 event.

Some 19 months after his last victory, Federer’s glorious backhand to clinch victory saw the Swiss superstar lift his arms in a fashion that were are more used to seeing in a Wimbledon final, yet he confirmed this was a special win after so long out of action.

“It feels good to be back,” he said. “I’m happy to be standing here whether I won or lost. Dan has been a fantastic practice partner for me over the last two weeks and we played plenty of sets, so it was great to come through. It was a pleasure to share the court with Dan.

“I was tired at the end. I thought if I am going to go out, I’ll go out swinging. Now it’s important now to see how I feel tomorrow and how I feel for the next six months.

“It has been a huge challenge for me to come back at my age, but I have had a wonderful team around me and it was all worth it because I played a great match today.

“It’s not an easy time for the world and I hope tonight was a bit of an uplift for everyone.”

With 68 per cent of his first serves in, Federer produced his familiar moments of sparkle and the fact that he managed to get through a third set and still be playing somewhere near his best after two hours and 24 minutes suggests this great champion has more in the tank than many expected.

This one win does not tell us whether he will be competitive when he gets to Wimbledon in July or the Tokyo Olympics that are due to follow, but that debate can wait for another day.

For now, we can all rejoice at the sight of Roger Federer back on a tennis court.