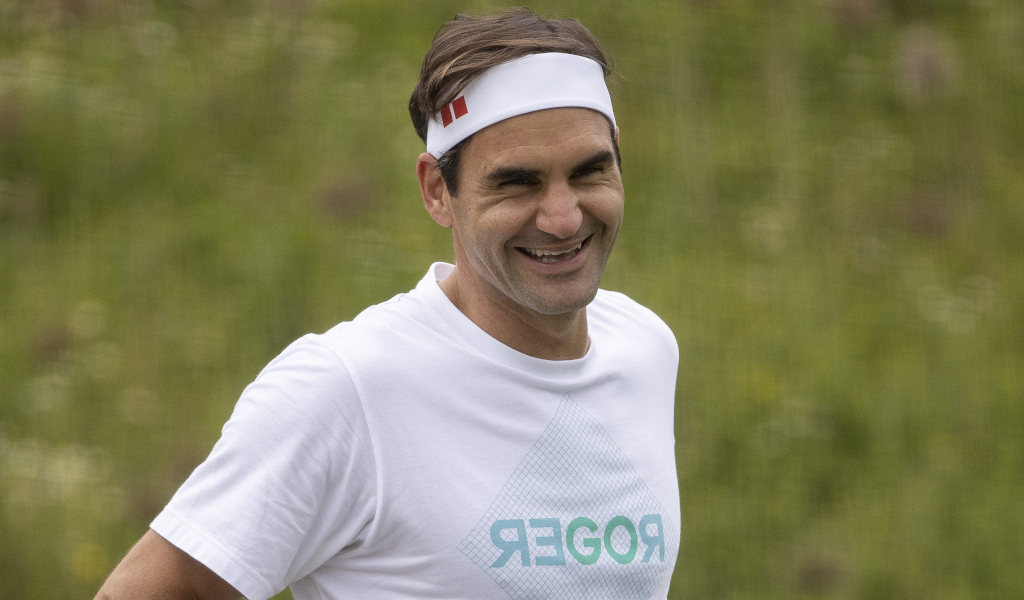 Roger Federer has given no public hint when he will return to action, but his fans are getting very excited after the 20-time Grand Slam champion released a video of him hitting balls once again.

Federer has not played since Wimbledon last year after he underwent knee surgery that he admitted could end his career as a professional player, but he is clearly eyeing up a return.

Recent reports suggested the 40-year-old Swiss maestro is unlikely to return to action in time to play at Wimbledon this summer, possibly for one last time.

“It will certainly be a while,” he told SRF TV. “The end of the summer, early autumn, where I’m aiming for a comeback.

“Currently I’m in three parts. First the whole rehab, getting back on your feet at the beginning. Then afterwards, learning to walk and building up the whole thing.

“It’s only now where I’m at the phase where I can start thinking about my comeback. I had a very good MRI a few weeks ago, which makes me feel very positive.”

Despite those comments, this latest video suggests he is making progress in his recovery, with Wimbledon’s official Instagram account among those celebrating this image as it appeared on Federer’s account.

It ahttps://www.instagram.com/p/CbSV7IygScg/ppears that Federer is hitting balls while limiting his movement on the injured knee, but this is clear evidence that he is keen to explore the prospect of playing again in 2022.

The crispness of his ball strike is still in evidence in the short clip that has attracted hundreds of thousands of likes, with tennis fans around the world hoping this is a prelude to a Federer return… possibly sooner than expected.

Federer has also been continuing his charity work during his time away from the court, after it was confirmed he has donated a large sum of money to help children affected by Russia’s war with Ukraine.