It read: “Uniqlo, the Japanese global apparel retailer, announces today a partnership with Roger Federer, the greatest tennis player of all-time and one of the world’s most influential and universally admired people, as its newest Global Brand Ambassador.”

Federer’s contract with the American sportswear manufacturer expired in March, giving rise to rumours that the decade-long association could be coming to an end.

But the news still came as a huge shock to fans inside Centre Court, many of them donning caps sporting the famous ‘RF’ logo which is owned by Nike. 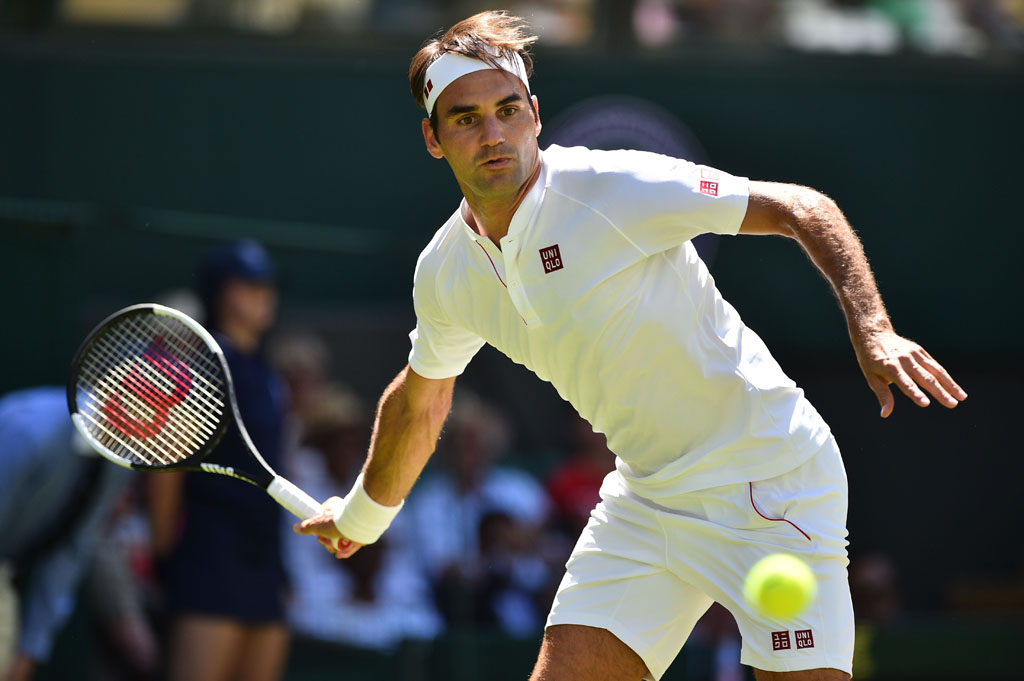 It’s being reported that the Swiss will earn $300million from the new arrangement, and also increases the possibility of him taking part in the 2020 Tokyo Olympics.

While people analysed the commercial shift, Federer carried on business-as-usual, taking a 6-1 6-3 6-4 victory over Dusan Lajovic to progress smoothly into the second round.

Federer not wearing Nike? It sure will take some getting used to…