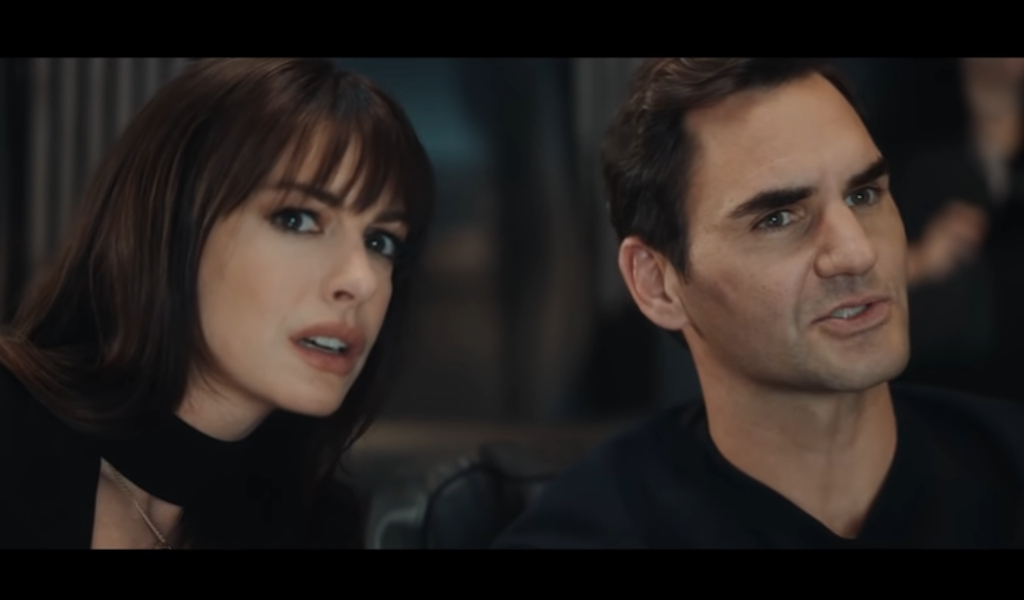 Roger Federer is making good use of his time away from tennis as his latest “film” sees him feature alongside Hollywood star Anne Hathaway in a tourism ad.

The 20-time Grand Slam winner previously starred with Robert de Niro in the “No Drama” ad for Switzerland Tourism and, although it was not a box office hit, he has returned for a second film.

This time he plays the lead role alongside Hathaway, but it once again doesn’t go according to plan as “No one upstages the Grand Tour of Switzerland”.

Without further ado, here you go.

In a second post on Instagram he said “BTS with @annehathaway working on our “masterpiece”, adding “that was fun”, but we really don’t think an Oscar will be headed his way.

The Grand Tour really is more majestic than Roger Federer’s abs, but we don’t think we need to do any more promotion for Switzerland Tourism.

Back in the tennis world and Federer remains sidelined following knee surgery in August last year, but the former world No 1 did give a fitness update earlier this week, saying “Rehab is rockinggggggg”.

The 40-year-old tennis icon is expected to return to action during the second half of the 2022 campaign with the US Open likely to be his first major since Wimbledon last year.