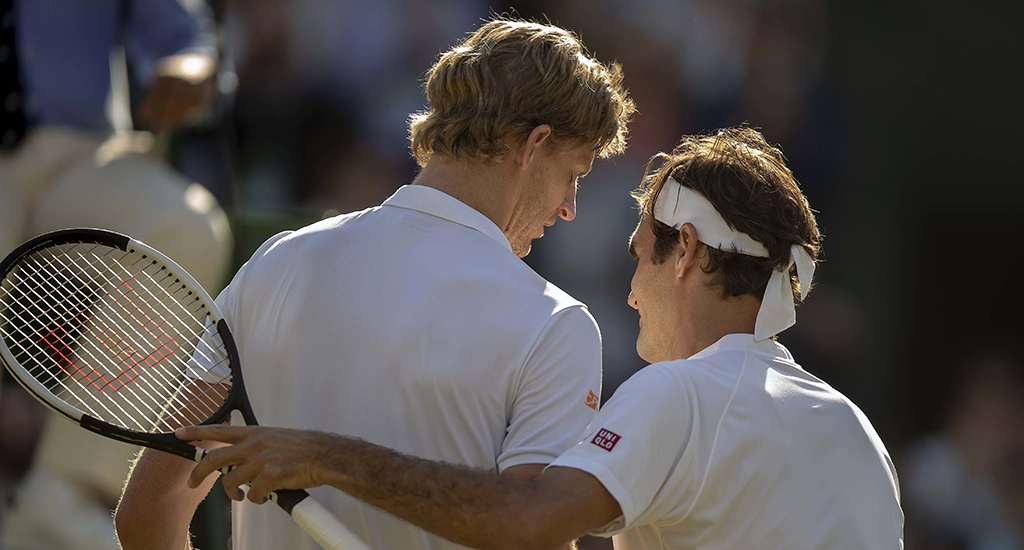 Federer will face off against Rafael Nadal in a charity match in Cape Town on Friday to raise money for the Roger Federer foundation.

It is the first time Federer has played in South Africa despite it being the country of his mother’s birth, and he believes that it’s time the country was a regular stop-off on the tour again, largely due to the fact they produce quality players – such as old Wimbledon foe Kevin Anderson.

“I thought Lloyd Harris played great in Adelaide – I remember watching his semi and final,” Federer told the press in Cape Town.

“I also played him at Wimbledon last year. Of course Kevin [Anderson] too, we’ve had some good matches – the battle in Wimbledon a couple of years ago where he beat me an epic one.”

“I think South Africa is always going to come up with some tennis players. They’ve got the history here, they used to have tournaments here – they keep on disappearing and keep popping back up.

“I really hope that South Africa could have a nice tournament moving forward.”

While Federer is obviously very keen on bringing tennis back to South Africa, he accepts the country faces challenges to attract the biggest names regularly.

RELATED: Roger Federer talks about the dreaded ‘r’ word: The family is healthy and I am feeling pretty good

“It’s not easy,” Federer added. “It’s not around the corner (geographically) – everybody obviously wants the biggest and the best players to come there, like any other country.

“But maybe it doesn’t need to be the biggest tournament I just think calendars always keep on changing.

“I just really hope that somebody keeps an eye open, if there is an opening to have a tournament back in South Africa again.”