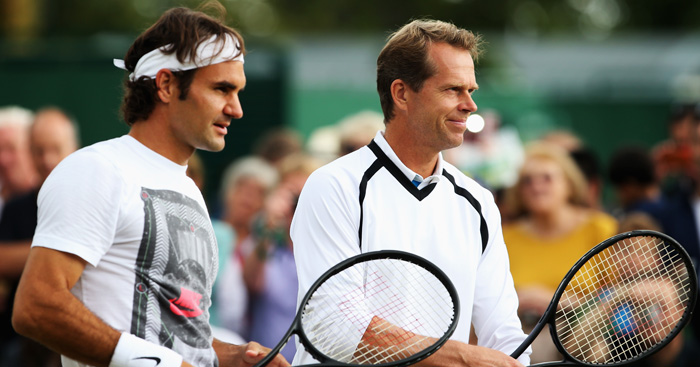 Federer won the Australian Open last month to take his Grand Slam title haul to 20, despite looking to be seriously on the wane in 2016 as injuries began to plague him.

However, the 36-year-old came roaring back in the last 12 months, winning eight titles.

And Edberg, a six-time Grand Slam winner himself, and Federer’s coach for two years between 2013 and 2015, says the Swiss ace offers the sporta unique asset.

“Roger is unique in many aspects,” Edberg told Tennis World USA. “He still loves the game, is improving, has a big motivation, and is fit, which is something great considering his age. We all know that he plays tennis beautifully and that he is the best ambassador for this sport.

“He has a good relationship with the press and treats sponsors, fans in a unique way. He is perfect. It will be very difficult to replace him. He can’t be copied.”

On the question of whether Federer was better now than he ever has been, though, Edberg would not commit.

“Maybe his four children keep him so young. But what’s possible for him doesn’t count for others. Is he a better player than what he was a decade ago? It’s tough to say,” the Swede said.

“You normally play your best tennis from 22 to 28. He may have dominated the Tour the most at that age, but look at last year. In some ways, he is a better player than 10 years ago, although he is not that fast.”