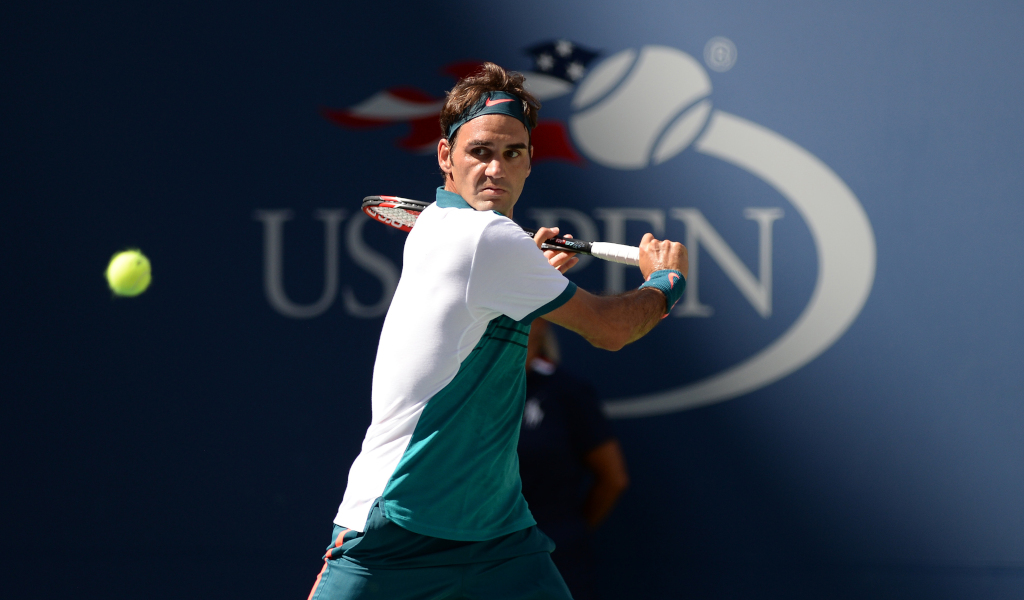 In a new series, we look at some wow moments of the past, starting with the introduction of Roger Federer’s SABR…

In 2015, there were signs that the Fedal Empire was under threat. Novak Djokovic claimed three Grand Slams that year and was only denied the full set by an inspired Stan Wawrinka at Roland Garros.

For his part, Federer was major-less for three years and looking for ways to get back on the board. First things first. There were still big ATP titles to be won for a man that loved competing. It so happened that a new train of thought paved the way for a more aggressive game that would eventually pay dividends long term.

When he arrived in Cincinnati in the summer of ‘15, the Swiss was just about over his second consecutive final defeat at Wimbledon to an all-conquering Djokovic. Any loss on the hallowed ground of SW19 would be a painful one although not as heart-breaking as the five-setter the previous year.

The 34-year-old had started experimenting with Benoit Paire on the practice court as he hunted a seventh title in Ohio.

Federer remembers just wanting to get over jetlag: “Okay, I’m going to chip and charge and just keep the points short. I’m tired. I want to get off the court soon anyway. That’s when I started to run in and hit returns. I hit a couple for a winner. They were like ridiculous. He laughed, I laughed, Severin (Luthi, his coach), laughed. ”

However, they kept landing in. The chip and charge was now supercharged. This was worth a bash.

So the SABR (sneak attack by Roger) was born entirely innocently. Essentially, it was a manoeuvre to advance up the court quietly while the server tossed and then take the ball on the half-volley to jam up his time and space.

The “sneak” element certainly worked as the Swiss scythed through the big-hitting Kevin Anderson with the tactic in the quarters and then used it in a much closer game against Andy Murray in the semis.

Murray himself wasn’t bothered by the creation of this new menace: “If you are capable of doing such a thing successfully, then there is no reason to stop you. What harm is there in such a choice if the opponent positions himself two or three meters behind the back line to respond to the serve? It is a completely legitimate solution.”

It soon became clear that Djokovic, his final opponent, and the Serb’s coach Boris Becker were not huge fans. In fact, it got under the skin of world number one so much, he threw in three double faults at the beginning of the second set as Federer eventually prevailed 7-6, 6-3. Federer was back in his element and super confident going into the US Open.

Three weeks later, the two were facing each other again at the climax of Flushing Meadows. Becker turned up the heat, suggesting that the shot was disrespectful to the opponent- an almost sacrilegious accusation against the ‘Swiss gentleman.’

The German mused: “If he would have played a McEnroe, Connors, Lendl or even me, we would have said ‘Roger, in all honesty I like you very much but I’ll go straight at you’, Djokovic also said rather sniffily pre-match: “I haven’t considered doing that. It’s an exciting shot for him. For the player opposite side of the net, not so much. So I have nothing else to say about that.”

As it turned out, the tournament favourite prevailed in four sets, and even though Federer won 39 out of 59 advances at the net, he only converted four out of 23 break points as the new toy pretty much spluttered in the limelight.

It was a step too far to unfurl this new A-game – attacking and unpredictable – to take down his new nemesis in a Slam. A lob can make you look pretty silly. The Serb finished the season with almost double the ranking points of his nearest challenger with a record of 82-6.

However, the march back to a 18th Grand Slam win was set in motion for Federer. It was the catalyst for the improvement in play that helped him to Australian Open victory in that epic final in January 2017 against Nadal.

There was method to the madness. Craig O’Shannessy, the analyst for the ATP Tour, believes shortening his backswing to play the shot assisted the Swiss’s backhand hugely although Nadal noted the legendary forehand had stabilised too.

In the past few seasons, SABR has been the rarely spotted species – almost like the man himself as the ravages of time and Mother Nature do their thing. At 40 years old, it’s something that probably needs to come out of the box of tricks to elongate his career and shorten the points.