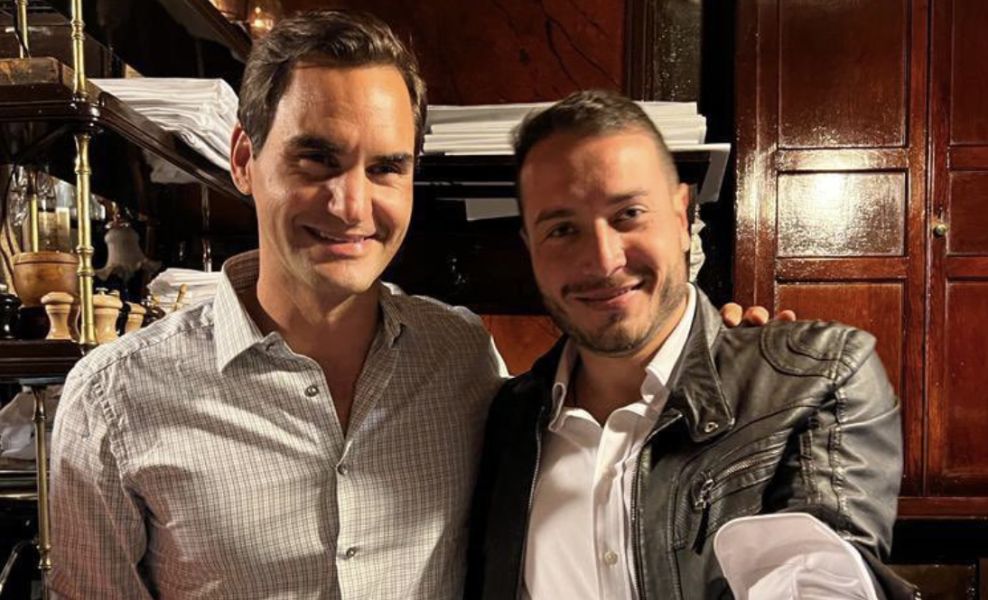 Roger Federer has plenty of super fans around the world and one of them saw his dreams turned into reality by the Swiss superstar.

A chance meeting in a restaurant turned out to be a special moment for one devoted Federer admirer, who highlighted his devotion to the tennis legend by getting a tattoo in tribute to the 20-time Grand Slam champion on his arm.

The fan couldn’t resist the chance to introduce himself to Federer and after standing up to make a brief speech, he moved in for a special moment with his idol.

Federer rubbed his arm to make sure the tattoo was real and he then embraced the fan warmly in what was a special moment for all present.

The saying goes that you should never meet your heroes, but this was one meeting that banished that notion.

Federer is still hoping to make a return to the game at the age of 40, but he has been out for a year with a knee problem that could end his glorious career at the top.

Yet whenever happens next, moments like this confirm Federer has made a huge impact on his fans across the world.