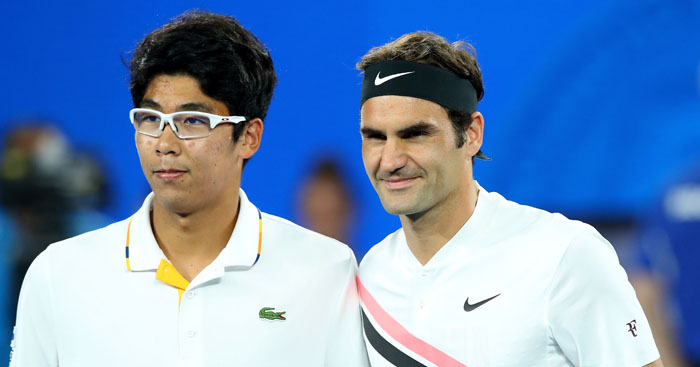 Roger Federer has praised Hyeon Chung and tipped him for the top after stopping him in the Australian Open.

Federer was on the verge of taking a two-set lead in their semi-final when Chung retired due to severe blistering, which visibly hampered him during the match.

However, whilst admitting the circumstances made his win “bittersweet”, Federer said his opponent did the right thing to retire and says he expects to be seeing a lot more of him in the future.

“I think he is already a great player,” Federer said. “But we are talking next level excellence and I think he will achieve that.

“We will see much more of him. Top ten for sure.

“He has played a wonderful tournament, so credit to him for trying so hard today again.

“The rest, we will see, I don’t want to put too much pressure on him.”

On the match itself, Federer added: “I thought the first set was kind of normal, I couldn’t tell what was going on with my opponent. In the second set I started to feel he was getting a bit slower, fighting with the blisters.

“I’ve played with blisters in the past and it hurts a lot. At one point it’s too much. It’s better to stop. This feels bittersweet. I’m incredibly happy to be in the finals but not like this.”