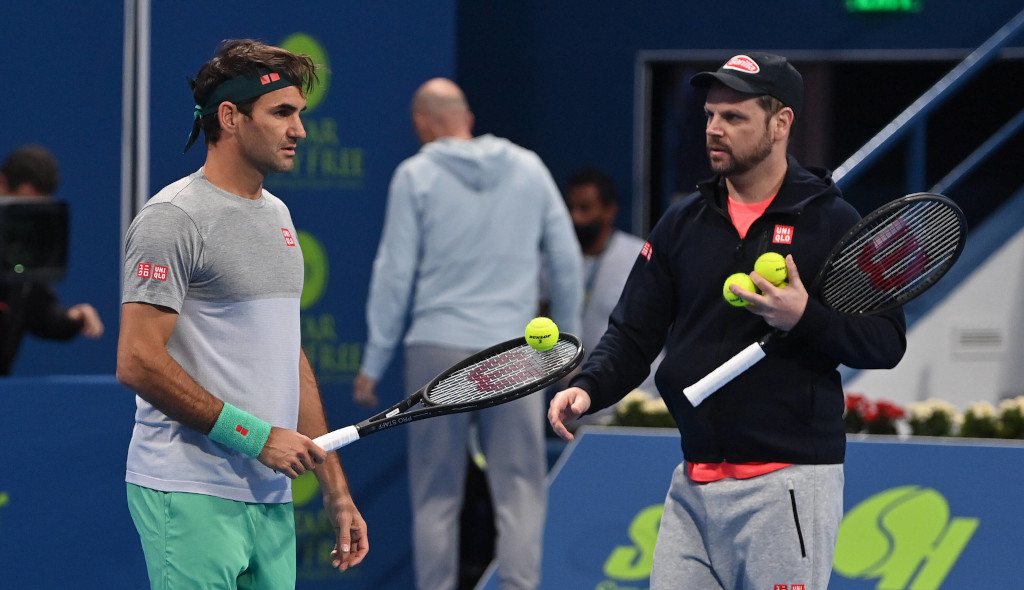 Roger Federer is “still lagging behind” in his bid to regain full fitness following his long injury-enforced absence, according to his coach Severin Luthi.

Having spent 13 months on the sidelines after undergoing two operations on his knee, Federer finally made his comeback at the Qatar Open in March.

After making a second-round exit, he withdrew from the Dubai Tennis Championships and Miami Open in order to focus on his fitness.

He will also skip next week’s Madrid Open and will only return to action on the clay at the Geneva Open in mid-May before switching focus to Roland Garros.

Luthi, though, admits the 39-year-old is still some way off when it comes to fitness.

“In terms of fitness, Roger is still lagging behind, which is a priority,” he told SRF.

“Tennis practice sessions are very intense and good, but are not taking place that often yet like they would be in a tournament environment.”

Luthi has been part of Federer’s coaching set-up since 2007 also opened up about his relationship with the 20-time Grand Slam winner, admitting that he is more like a consultant.

“Roger is a very good listener, that’s important. But I see us coaches more as consultants. In the end, he decides on the court,” he added.

“I just try to do everything in my power to help him. I try to exude a certain calm. If I have the feeling that it is appropriate to show emotions or to get up, then I’ll do it.

“Roger gives you a lot back. I’ve learned a lot on the human side.”