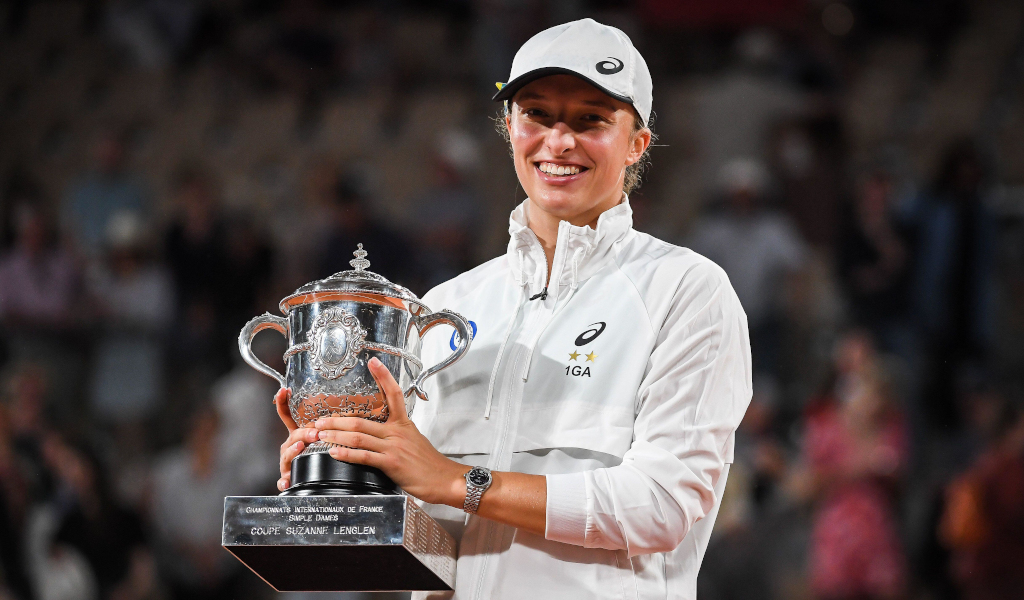 An imperious Iga Swiatek marched towards her second Grand Slam title at Roland Garros as she brushed aside a nervous Coco Gauff to win the 2022 French Open.

Swiatek jumped on a timid start by Gauff and, although she initially found herself behind early in the second set, she was ruthless throughout to claim a dominant 6-1, 6-3 win in one hour and eight minutes on Court Philippe-Chatrier.

With the win, the world No 1 took her unbeaten streak to 35 matches as she won a sixth consecutive singles title while she has now also won the last eight finals that she has appeared in.

After winning the toss, first-time finalist Gauff opted to serve first and it worked against her as she struggled to find a rhythm and Swiatek capitilised to break in the opener.

A few games later and it was 4-0 as Swiatek took charge of some sloppy play from the American teenager.

It took Gauff until the fifth game to get on the scoreboard as she started to relax, but her recovery was short-lived as a third break earned the Pole the opening set in 31 minutes.

Yet, there was a dramatic turnaround in the second set as Gauff finally settled and produced her best tennis to break Swiatek in the opening game and then held serve to go 2-0 up.

After a solid hold from Swiatek, the wheel turned back in the Pole’s favour as the errors started to creep in again and soon they were back on level terms.

From there it was all Swiatek as she won four games in a row courtesy a second break in game six.

Gauff then came out to serve to stay in the match and she dug her heels in to force her opponent to serve it out and the 21-year-old did it with aplomb as she wrapped it up on her first match point.

There were tears from Gauff at the end of the match while Swiatek went over to her team to celebrate her second French Open title following her maiden crown in 2020.

Swiatek will cement her place at the top of the WTA Rankings while Gauff will rise to a career-high No 13.